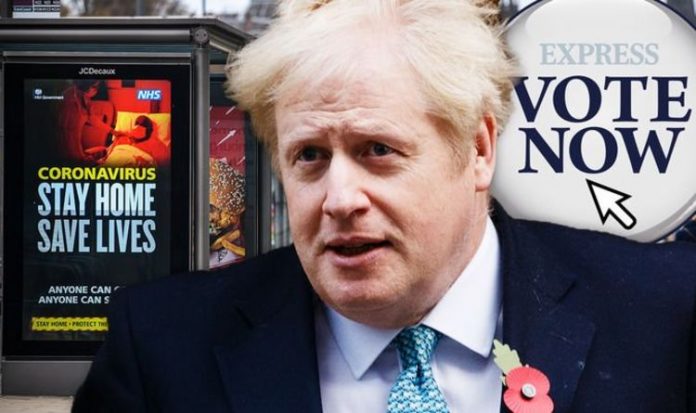 The Prime Minister faces rebellion in the ranks as MPs prepare to vote on a new four-week coronavirus lockdown for England amid warnings the NHS will be overwhelmed with thousands more deaths unless action is taken. A number of Tory MPs have signalled they will rebel against their Government and vote against the new measures. Mr Johnson’s proposed national lockdown, due to begin on Thursday, is expected to pass despite scepticism from rebels within the Conservative Party.

The PM is expected to kick off the debate ahead of the vote at 1pm after this afternoon’s Prime Minister’s Questions.

Health Secretary Matt Hancock is due to close the debate before MPs vote at about 4 pm.

But Mr Johnson faces mutiny in the ranks as he struggles to convince his backbenchers to support the new stringent measures, due to be enforced until at least December 2.

Tory Chief Whip Mark Harper this morning announced he is voting against, saying: “I do not believe that the government has made the case for a change away from the tiered system and in favour of an England-wide national lockdown”.

While Tory MP Steve Baker wrote in the Daily Telegraph: “Unfortunately, I’m not convinced. Compliance must be high, a month may not be long enough, the breakthroughs may not come, and so on.

“And if we really are locking down for this purpose, keeping schools open is a huge compromise. Most importantly, the cost-benefit is today a guess.”

And Tory MP Peter Bone tweeted this morning: “Today I will vote against a second national lockdown. The government’s case is based on dubious modelling.

“It seems to me there are lies, damn lies and Covid statistics!!”

Mr Johnson acknowledged “we don’t want to be doing things to repress liberty, we don’t want to do anything to damage our economy” but he argued ”we would see fatalities running in the thousands if nothing was done.”

He said he had faith the public would adhere to the new restrictions.

Asked if there was a reliable chance of lockdown ending as scheduled on December 2, Professor Whitty said: “The aim of this is to get the rates down far enough that it’s a realistic possibility to move into a different state of play at that point in time.”

He told MPs the lockdown could reduce the virus reproduction number below 1, but that other measures would be needed through the winter even if full lockdown ended in December.

Professor Whitty and UK Government Chief Scientific Adviser Patrick Vallance defended the models presented to the public to justify a new national lockdown, saying it was realistic to expect that deaths from the second wave from COVID could match the first unless action was taken.

Mr Vallance pointed out that a scenario outlined in September of the possibility of reaching 200 deaths a day, for which he was heavily criticised, had come to pass.

Professor Whitty also criticised the so-called “Barrington Declaration”, that advocates avoiding lockdown, protecting the vulnerable and depending on “herd immunity” via natural infections.

He said: ”The basis for this is in my view, scientifically dangerously flawed, operationally impractical and ethically a little difficult.

“Unfortunately these economically and socially destructive lockdown tools are what we’ve got, in the absence of anything else.”

England’s lockdown will end on December 2, with the Government hoping to reintroduce a localised tiered system of restrictions

The latest figures showed a total of 978 deaths registered in England and Wales in the week ending October 23 mentioned COVID-19 on the death certificate, according to the Office for National Statistics, the highest since June 12 and a 46 percent increase on last week’s figure.