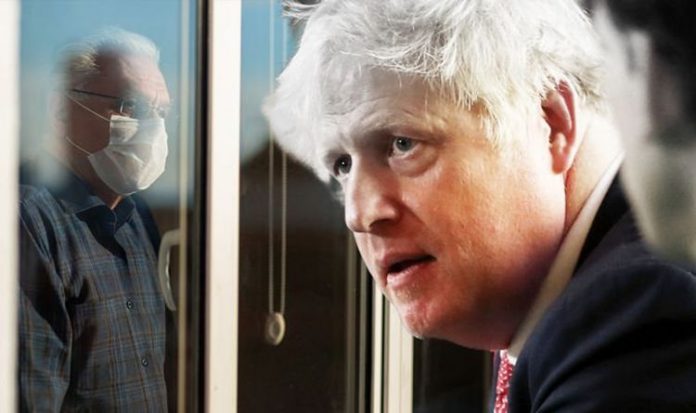 If current lockdown rules fail to reverse the steady rise in coronavirus infections, implementing a national curfew could be the “obvious next step” in combating the pathogen, Westminster sources have suggested. The curfew would be nationwide and for all ages, although young people would be more highly impacted. Pubs and restaurants would be forced to shut at 10pm and other venues could be shut. Research has shown young people, who are often more socially mobile than older people, are spreading the virus faster than any other group in the country.

The rate of infections for 20 to 29 year-olds has rocketed in recent months.

Younger adults have been blamed for forgetting social distancing rules and “getting together and enjoying themselves” by Justice Secretary Robert Buckland.

Mr Buckland said the government would only implement a second lockdown as a “nuclear option”.

However, he said the Government would move “quickly where necessary” to halt the virus spreading.

Speaking to the Daily Telegraph, a Government source said: “A national curfew is the obvious next step if the numbers keep rising despite all the steps we are currently taking.

“But we are not at that stage at the moment, and hopefully the action we are taking locally to contain outbreaks, where they occur, will mean we don’t have to go that far.”

On Sunday, coronavirus cases in the UK increased by 3,330.

He said: “I think everyone is in agreement that we really need to act very quickly now in order to prevent this from growing exponentially.

“I think that the main point is that we must act fast because it’s so much harder to get this sort of thing under control if you delay – even a few days is potentially going to be quite dangerous.”

The Government’s “rule of six” where no more than six people can gather at a time was introduced today.