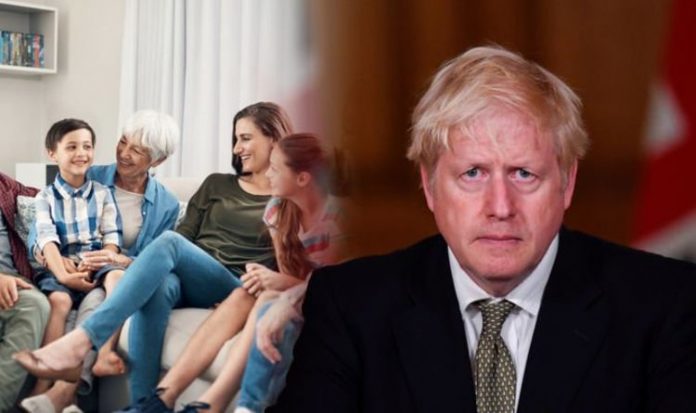 Coronavirus cases have been spiking in recent weeks, triggering more hospital admissions and calls for stricter lockdown rules. In an address from Downing Street on Monday, Prime Minister Boris Johnson warned rising covid cases and hospital admissions are flashing like “dashboard warnings in a passenger jet”.

Mr Johnson said cases across the UK had gone up four times in four weeks, resulting in more COVID-19 patients in UK hospitals than on March 23 when the country went into lockdown.

The Prime Minister also said how deaths from the virus are rising, and so “we must act now”.

Announcing the three-tier system, Mr Johnson said “no one affected by this will be left to fend for themselves” as the strictest rules close hospitality venues and prevent households from mixing.

Areas in the North of England are currently of the most concern to officials, however, England’s chief medical officer, Professor Chris Whitty, said people in the South West, South East and the East of England should not be “lulled into a false sense of security” over current lower infection rates.

Read More: Coronavirus UK: Can you get infected more than once? Update

In response to the climbing cases, Mr Johnson set out a new three-tier system of alert levels for England.

This will today be debated in the House of Commons, before MPs vote on the national framework.

The rules will come into force on Wednesday, October 14.

Under the new arrangements:

The areas under the highest alert – Tier Three – currently are local authorities in the Liverpool city region.

Coming under the second-highest level – Tier Two – are:

The rest of England remains at Tier One status, a continuation of the rule of six and 10pm curfews for pubs and restaurants.

Can we have overnight stays in lower-tier areas?

Under the new guidelines, mixing with households indoors or in private gardens is forbidden if an area is at Tier Three.

So for these tiers, unless you are in a Tier Two area and part of a support bubble, you will not be able to stay overnight at friends and family’s homes.

Under the lowest restrictions, Tier One, you can stay overnight in someone else’s home.

However, you can only stay overnight in someone else’s home if you do not form a group of more than six people.

This limit does not apply if you are in a support bubble with the person whose home you are staying in.

If you are in a support bubble and the number of people is higher than six, you will be allowed to stay overnight as you count as one household.

These rules are subject to change, and an area could move tiers based on the number of cases, infection rate and other data the Government is constantly reviewing.

One such example is London, where London Mayor Sadiq Khan has repeatedly called for stricter rules due to “rapidly increasing” coronavirus cases.

A spokesperson for the mayor said: “As of today, London is at ‘medium’ in the government’s new alert levels.

“However, Londoners should understand that this could change very quickly – potentially even this week.”