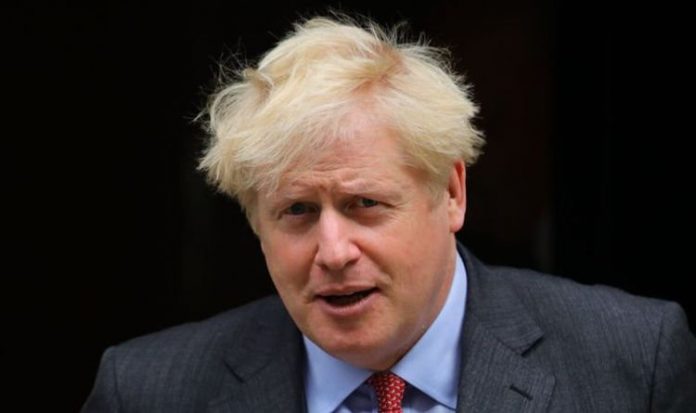 Daily coronavirus soared past 6,000 in the UK for the first time in over four months on Wednesday – just hours before new restrictions come into force in England. Boris Johnson stopped short of banning two households from mixing together during a televised address to the nation on Tuesday night. The Prime Minister had earlier chaired an emergency Cobra meeting with the First Ministers of Scotland, Northern Ireland and Wales to discuss a plan of action.

Nicola Sturgeon in Scotland and Arlene Foster in Northern Ireland decided to go further than the rest of England and restrict indoor gathering with another household.

Downing Street has said England will continue to operate with the ‘rule of six’ and insisted a ban on households mixing is already in place in local lockdowns area, with the right reserved to expand the measure.

A spokesman for the Prime Minister said: “We introduced a week ago new restrictions on mixing between households.

“We brought in the rule of six which we think provides clarity to people as to how they can help break the chain of transmission between households.

“Separately, that is a policy we have adopted in the local lockdown areas, there are very significant parts of England where two households aren’t able to meet indoors.

“It’s a policy which obviously we may well decide we need to apply in other localised parts of England.”

On whether a ban on two households mixing could apply nationwide, Number 10 said: “We have the powers to apply that locally.

“A very significant number of people are under that restriction already and obviously if it were to be required in other hotspot areas, then it’s a tool we have at our disposal.”

From Thursday, laws will come into force to close pubs and restaurants at 10pm.

Tougher restrictions on face coverings will also be enforced with fines doubling to £200 for the first offence.

Staff and anyone else providing a service in shops, cafes, restaurants, bars and pubs must wear a face covering when they are in contact with members of the public.

The Department for Health confirmed a further 6,178 people have tested positive for coronavirus in the UK.

“We’ve not seen such a large increase since May and while it’s true that there are many more tests conducted nowadays, it is clear evidence of an accelerating spread of the virus.”

Paul Hunter, professor in medicine at the University of East Anglia, said: “Given that testing capacity in the UK during March and April was poor it is likely that a rather greater proportion of cases were not being diagnosed then compared to now even with the current problems with testing.

“However, with the rapid increase in cases over the last few days, it is likely that the coming peak in cases will soon dwarf that in spring.”