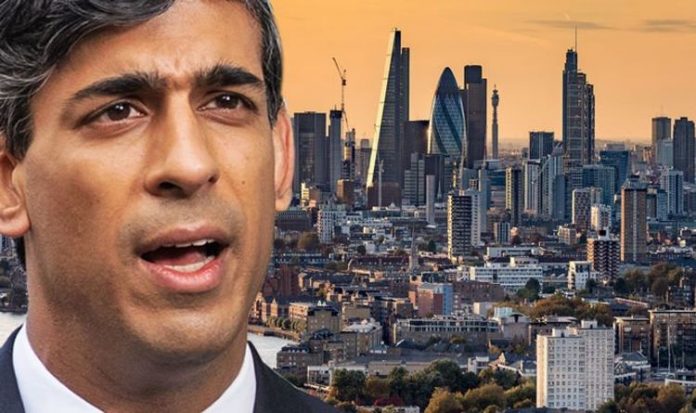 In January, Amsterdam overtook London as Europe’s largest share trading centre. An average €9.2billion (£8.07bn) shares a day were traded on Euronext Amsterdam and the Dutch arms of CBOE Europe and Turquoise in January, a more than fourfold increase from December. The surge came as volumes in London fell sharply to €8.6billion (£7.5bn), removing the UK from its historic position as the main centre for the European market, according to data from CBOE Europe.

The shift is a direct consequence of a ban on EU-based financial institutions trading in London because Brussels has not recognised UK exchanges and trading venues as having the same supervisory status as its own.

Without the so-called equivalence to ease cross-border dealing, there was an immediate shift of €6.5billion (£5.7bn) of deals to the EU when the Brexit transition period came to an end on January 1.

However, William Wright, founder of think tank New Financial, has warned the Netherlands not to get too excited about overtaking London.

He wrote: “This shift is one of the very areas where Brexit has a binary/mechanical impact: inside the EU, trading in EU shares could take place in London; outside the EU with no equivalence for stock exchanges, it can’t. So it had to move and has moved.

“The numbers look big but the economic impact (at least for now) is limited. Back of the envelope estimate: €6.5billion (£5.7bn) in daily trading volumes in EU equity trading switching from London translates into maybe £50million in annual revenues, max £5million in lost tax. Probably less.”

The shift in dealing of stocks and derivatives is not the only blow the City of London has suffered in 2021, though.

In January, the EU opened its doors to the US, granting “full equivalence” to American clearing houses.

Once recognised by ESMA, these US CCPs are able to provide central clearing services in the EU.

A clearing house acts as a mediator between any two entities that are engaged in a financial transaction.

Since the 2008 financial crisis, regulators have pushed more trades through clearing houses to ensure visibility for supervisors.

Previously, vast swathes of the derivatives market was uncleared, with trades handled bilaterally between banks.

UK clearing houses have also been seeking a permanent equivalence decision by European authorities – but without much success.

Commenting on the move last month, financial expert Frances Coppola wrote on Twitter: “Oh blimey, that’s a kick in the teeth for Johnson.

“I’m not sure this is quite what Rishi Sunak had in mind when he talked about Big Bang II [for the City of London].”

With US “equivalence”, EU banks can use US clearing houses and thus deal with Wall Street instead of London.

Over time, Brexit Britain could be frozen out.

At the moment, London is the world leader for the clearing of all types of currency-denominated derivatives including the euro.

Lee McDarby, CEO of UK International Payments at moneycorp, told Express.co.uk: “Overall, after dealing with the continued uncertainty and difficulties brought about by COVID-19, we know that remaining agile and ensuring supply chain diversity is crucial futureproofing that will allow companies to take advantage of several exciting trade deals on the horizon.

“When considering supply chains, be sure not to overlook the robustness of your financial supply chain as the lack of an explicit Brexit financial services deal by the end of 2020 will continue to create uncertainty within the banking industry all the way through to the end of March, by which time a deal must be agreed, and most probably beyond.

“We have seen the pound strengthen by almost four percent from trough to peak against the single currency already in 2021, as the UK vaccination programme begins to pick up pace.

“This could be the vital jump start our economy needs to boost consumer and business confidence – confidence that is crucial to UK businesses capitalising on the UK Government’s ambitious trade programme.”