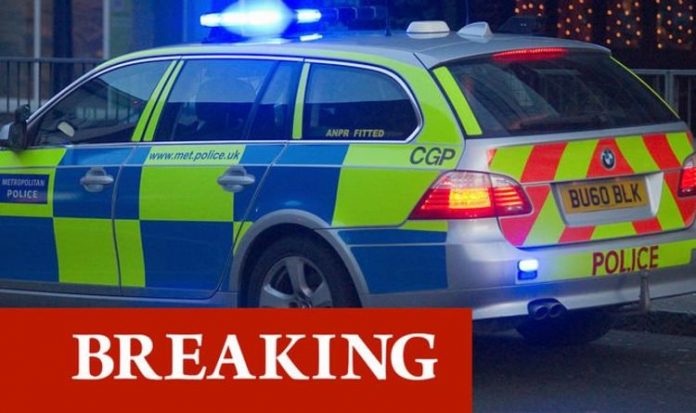 Police and firefighters were called to Hoxton after reports of an explosion just before 10pm on Thursday. Hoxton & Shoreditch Labour said on Twitter the incident happened at Hathaway House on the Arden Estate.

The account also reported residents were forced to flee the building after the loud bang.

They added: “Hoping everyone in Hathaway House on the Arden Estate is ok – police and fire brigade on the scene, and residents evacuated.”

Social media reports describe how “the door and window blew out the flat on the top floor” following the explosion.

Jess Kate Tweed said on Twitter: “Explosion in the block of flats opposite me in Hoxton.

“Fire and police are checking it out. The door and window blew out the flat on the top floor.”