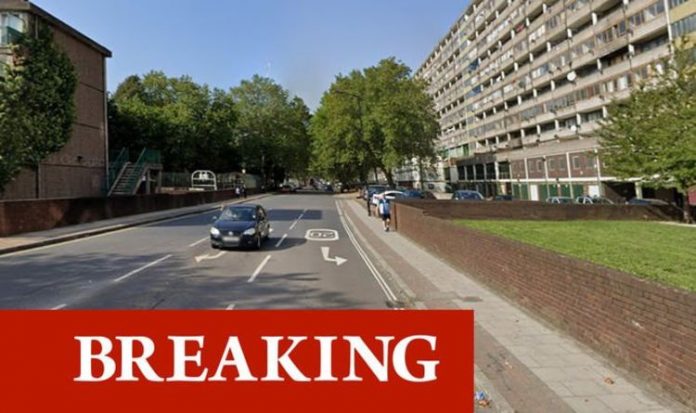 London Fire Brigade said it sent 60 firefighters and eight engines to the building on Thurlow Street in Southwark. The alarm was raised shortly after 7.30pm. Crews remain at the scene.  The Brigade said part of a five roomed flat on the eight floor is alight.

Six people escaped from the burning flat and were treated at the scene by paramedics.

The cause of the fire is not known at this stage.

The block of flats is situated in Thurlow Street, opposite Burgess Park.

This is a breaking news story… More to follow….