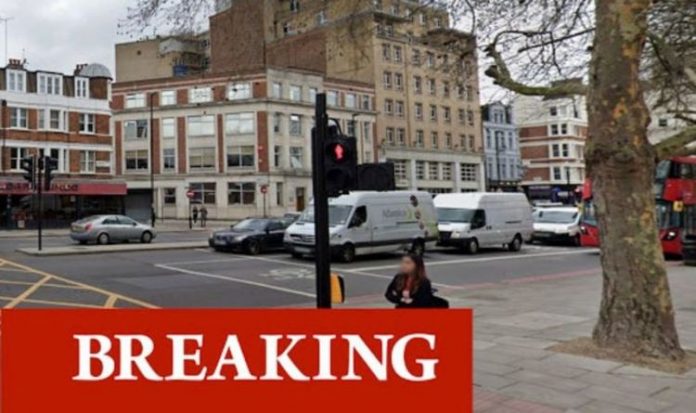 The officer continued to chase the suspect after she had been stabbed in the stomach.  The incident took place at about 3.45pm this afternoon at a grocery store in Westminster. The shopkeeper had managed to push two men out of the store after they attempted to rob it.

Two police officers witnessed the attempted robbery and confronted the suspects, who were both armed with knives.

The female officer was then stabbed, but continued to chase the two men along Vauxhall Bridge Road.

The suspects were detained a shortwhile later.

The officer was taken to hospital. Her injuries are not believed to be life-threatening.

“For this officer to be stabbed on duty is unacceptable but, fortunately, she does not appear to be seriously injured.

“I applaud her bravery in responding to this call. This courage is typical of Met officers as they go about their duties.”