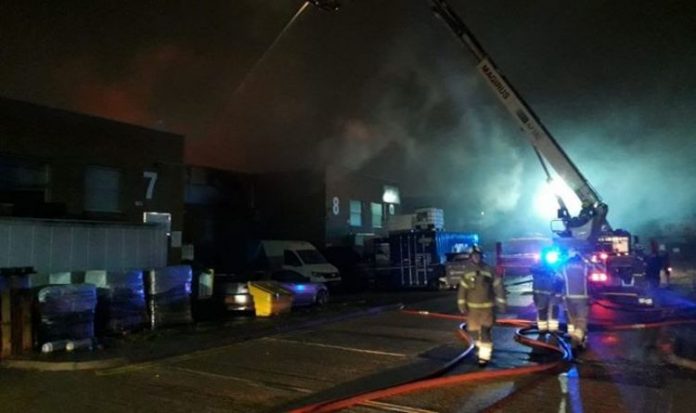 At least 10 fire engines and some 70 firefighters are working to tackle the fire on Church Road in Heston, near Hounslow.

In a statement, London Fire Brigade (LFB) said: “10 fire engines and around 70 firefighters are tackling a fire at an industrial estate on Church Road in Heston.

“Several units in the industrial estate over two floors are on fire. The Brigade was called at 2.01am.

“Fire crews from Heston, Southall, Feltham, Hayes and Kingston are at the scene.

“The cause of the blaze is not yet known.”

THIS IS A BREAKING STORY. MORE UPDATE TO FOLLOW…