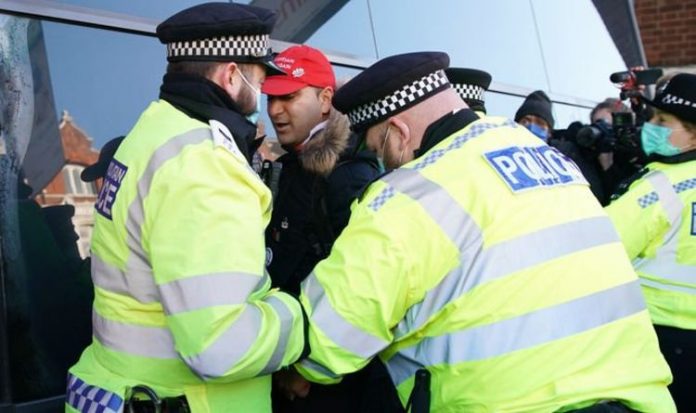 The Met Police were called to a large demonstration this afternoon in Clapham Common, South London.

A crowd of around 30 maskless protestors were spotted chanting at officers along Clapham High Street.

Some protestors were heard shouting “take your freedom back” as officers attempted to contain the group.

In a post on Twitter, the Met said: “Five people have been arrested during an anti-lockdown protest in Clapham Common today.

“Gathering for the purpose of a protest is not an exemption to the rules.

“Those looking to gather today are urged to stay at home, or face enforcement action by officers.”

This is a breaking news story, more to follow.