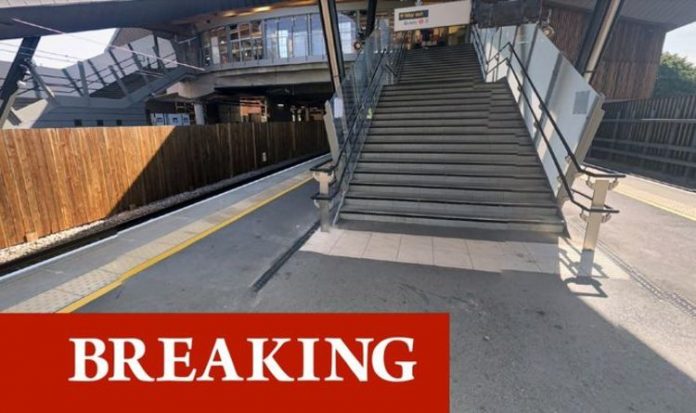 British Transport Police said the teenager was taken to hospital for treatment, where his condition is described as life-threatening.

Detective Superintendent Sam Blackburn has confirmed an investigation is underway and described the incident as a “shocking act of violence”.

A British Transport Police spokeswoman said: “A crossbow bolt was involved and we are keeping an open mind as to how he sustained the injury while enquiries continue.”

Detective Superintendent Sam Blackburn said: “We are at an early stage in our investigation and we are keeping an open mind as to exactly where this violent incident began.

“Following a number of inquiries throughout the night, we believe the man sustained his injury from a crossbow bolt.

“I’d like to appeal to anyone who may have witnessed anything suspicious along Abbey Road and Wilton Road between 9.45pm and 10.20pm to get in touch with us as soon as possible to assist the investigation.

“This was a shocking act of violence and I’d like to reassure the public we’re doing all we can to find those responsible.