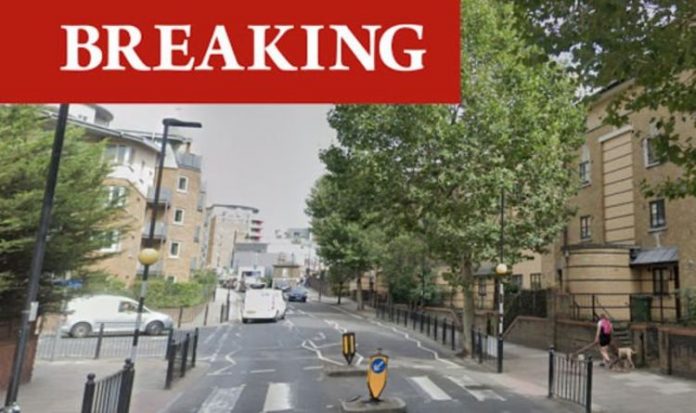 On Twitter, officers confirmed the incident was centred on Usher Road in Bow and they are asking for the public to stay away from the area.

The tweet read: “Emergency Response Team are dealing with a serious incident in Usher Road, E3, and surrounding streets.

“Please avoid the area if possible.”

Police confirmed a woman is being treated in a London hospital after sustaining a serious head injury.

They tweeted they are investigating the circumstances of the incident.

Unconfirmed reports say it was a shooting.

A Met Office spokesperson said: “Police were called by London Ambulance Service at approximately 6.10pm on Tuesday, November 24 to reports of a woman suffering a head injury in Usher Road.

“Her condition is not life threatening.”

Tower Hamlets Police have since confirmed there have been no arrests at this time.

They tweeted: “Police were called by London Ambulance Service at approximately 18:10hrs on Tuesday, 24 November to reports of a woman suffering a head injury in Usher Road, E3.

“Her condition is not life threatening.

“Enquiries are underway to establish how she came to be injured. No arrests.”