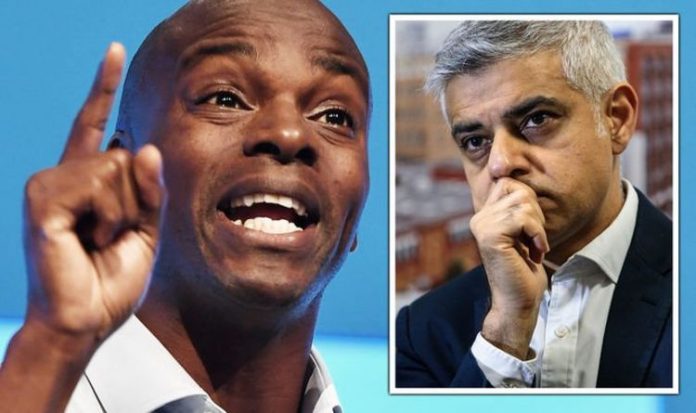 Mr Bailey accused current London mayor Sadiq Khan of “refusing to lift a finger” to sort out the problem of “leaving residents without a safe, reliable river crossing”. Speaking to the Daily Telegraph he added: “It’s not the Government’s job to look after London’s bridges. Funnily enough, that responsibility lies with the Mayor of London, Sadiq Khan.

“I asked the Government to step in and take control of restoring the bridge.

“While I’m glad they followed my advice, I’m keeping the pressure on for a temporary road bridge.

The news comes as last weekend children had to go on long detours to get to school because the bridge was closed.

Mr Bailey said the total cost of the bridge design that he is proposing will cost £10million.

This is a fraction of the £53million that Mr Johnson spent on his garden bridge across the Thames that was never built.

He is now challenging Mr Khan for letting the current 133-year-old Hammersmith Bridge fall into disrepair.

Last week Government ministers have started the procurement process for a ferry service that will be a replacement for the currently closed bridge.

Now Transport for London is seeking an operator to manage this ferry service.

Transport for London has said they have discarded plans for a temporary road bridge.

This road bridge could be built “for £7million in three months on the grounds of cost, timescale, and feasibility”.

A spokesman for Mayor of London Sadiq Khan rebuked the criticism, but agreed it was right that ministers had stepped in to bail out the bridge repairs.

A spokesman said: “The Mayor and Transport for London will continue working closely with the bridge owners Hammersmith and Fulham Council and the government to find an urgent solution, but it’s time for ministers to put their money where their mouth is.”