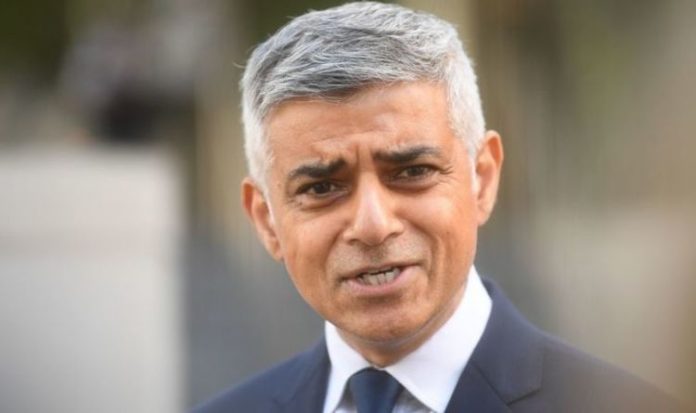 Mr Khan, who has just secured a £1.8bn bailout to keep London’s transport network moving, said the extra cash was essential to provide accommodation for the homeless during the coronavirus crisis.

Mr Khan tweeted: “Those sleeping rough deserve safety and protection from COVID-19 as much as anyone.

“That’s why I’m calling on the Government to act without delay to give us the funding and support we need to provide more COVID-safe accommodation for everyone in need.”

The London Mayor said the rise in homelessness and rough sleeping over the last decade was a national disgrace.

Writing on the inews site, he said: “It’s shameful that in our country – one of the richest and most successful in the world – so many people find themselves forced onto the streets.

“I believe it’s our basic moral responsibility as a society to right this wrong.”

Mr Khan said he had prioritised tackling rough sleeping since becoming mayor and had spent millions of pounds on new homeless services.

But he said the pandemic had made things more difficult and warned many rough sleepers faced the twin risks of freezing nights and COVID-19 as winter approached.

He said: “That’s why I’ve been calling on the Government to act now, without delay, to give us the funding and support we need to provide more COVID-safe, self-contained accommodation, rather than shared dormitories in homeless shelters, for everyone in need.

“I’m also joining with councils and civil society groups from across London and the whole country to urge the Government to scrap its deeply immoral plans to remove rough sleeping migrants from the UK simply for not having a home.”

The calls for more cash from the Government come as Mr Khan finds himself under increasing pressure of his handling of the capital’s finances.

His Tory rival Shaun Bailey has accused him of “bankrupting Transport for London” by “blowing £9.56bn since 2016.”

Mr Bailey’s campaign team said the figure had been calculated from the money Mr Khan had “wasted” since being elected in May 2016.

Boris Johnson has blasted Mr Khan for his handling of public finances during his four-year term.

A spokesman for the London Mayor said: “The Tories must stop trying to take Londoners for fools.

“The only reason TfL needs Government support is because COVID-19 decimated our fares income, as has happened to train operators across the country.

“Before the pandemic, Mr Khan was clearing up the financial mess left by Boris Johnson’s mayoralty.”