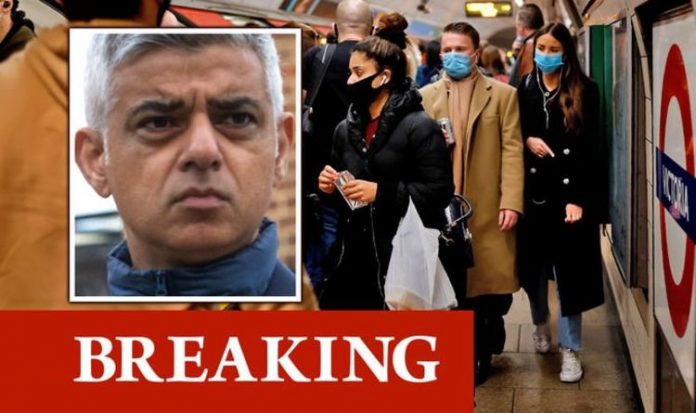 London now has the highest number of coronavirus infections across the country, according to official figures published this afternoon. Data released by Public Health England suggested the capital now had 191.8 coronavirus infections per 100,000 people in the week to December 6. The figure is higher than regions already living under Tier 3 restrictions such as the West Midlands where cases had fallen to 158.4 per 100,000 from 196.8 a week earlier.

The Prime Minister will review the current coronavirus restrictions on December 16 and it is understood London could be move from Tier 2 and into Tier 3 from December 19.

A London MP who attended a meeting with health officials this afternoon insisted the capital was being prepared for tighter measures.

Speaking to the Mirror, they said: “It feels like they’re preparing us for Tier 3 decision.

The “very high” Tier 3 restrictions will see hospitality venues such as bars, pubs, cafes and restaurants closed, except for delivery and takeaway services.

Spectators are also not allowed to attend sports matches.