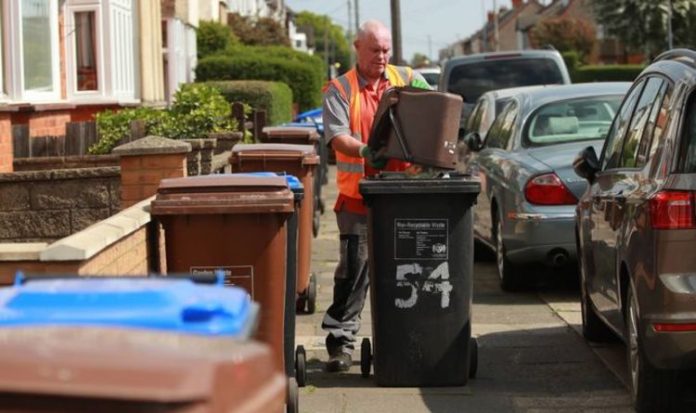 LBC’s Nick Ferrari spoke to angry caller Neil Allison over the move which has been compared to acts by the “Stasi” from locals. Mr Allison was given the fine in the post when a single piece of recycling was found “slightly” over his property line and after contractors searched through his rubbish to ID him. The Wandsworth homeowner could appeal the fine but if he failed, he would be given a criminal record and a fine up to £2500.

Mr Ferrari spoke to Mr Allison and asked him what his “crime” was.

He responded: “Crime is an interesting way to put it and that’s the most horrible part of this.

READ  Tier 5 rules: What would Tier 5 look like? What new restrictions could be - analysis | UK | News (Reports)

“On Monday, a private contractor rifled through a single piece of recycling which was just over our property line and slapped us with a £150 fine.”

Nick asked whether the recycling belonged to him in which Neil said it was.

He added: “It was just literally over the property line and into the pavement.”

JUST IN: Thérèse Coffey hangs up on Piers Morgan as she’s caught out on covid deaths ‘insulting!’

The radio host then asked: “And to find you out they had to open it, photograph it and photograph your front door.

“To your knowledge is that what happened, what did you receive in the post from Wandsworth Council?”

Mr Allison replied: “We received a notice that they had rifled through the bag itself so they opened the bag and taken pictures to find material that would indicate it was ours.

“Except, and to me the worst part of it, is you can go to a Magistrates Court and if you’re convicted you will receive a criminal record and could pay up to £2500.”

READ  Meghan Markle history lesson! Sussexes told US doesn't like royals telling them what to do | Royal | News (Reports)

Mr Ferrari quizzed him to see if he was: “Happy with Wandsworth Council prior to this?”

Mr Allison said: “Absolutely, and that’s the great shame in this, they built up a very good deal of goodwill with the residents here.”

Wandsworth Council said: “This was a significant pile of rubbish that had been dumped on a busy public footpath the day before collections were due in that street.

“We make no apology for taking action against fly-tippers who dump their rubbish on pavements and street corners creating eyesores, blocking pavements and encouraging pests and vermin.”