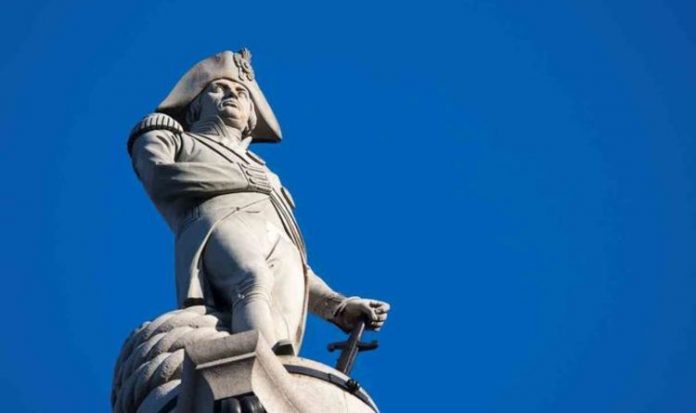 The admiral was not an admirer of abolitionist William Wilberforce. Before his death, Lord Nelson wrote that William Wilberforce and his cause were “damnable”. He added in a letter that “I have ever been and shall die a firm friend to our present colonial system”.

These are the controversial views that will be held to account by the National Maritime Museum’s re-evaluation of Lord Nelson’s display.

He also said that he was “taught to appreciate the value of our West India possessions”, where slaves toiled in plantations. He died two years before the abolition of slavery.

The admiral who defeated Napoleon at the Battle of Trafalgar has many of his personal effects stored and on display at the National Maritime Museum in Greenwich.

The admiral was most famous for securing a British victory at the Battle of Trafalagr, 1805, against the combined Franco-Spanish fleet during the Napoleonic wars.

The Daily Telegraph reports the museum’s internal documents reveal a “momentum built up by the Black Lives Matter movement” to make changes to address “aspects of slavery relating to the Royal Navy”.

Statues of other Royal Navy heroes such as Admiral Edward Pellew will also be reviewed.

Admiral Edward Pellew’s life was recounted in the Hornblower series.

The museum is set to choose a select group of trustees and community groups to formulate a new strategy to address “issues raised by the Black Lives Matter movement” when considering how to portray the life and achievements of Lord Nelson.

This will include eradicating archive language and using a database to root out links to slavery.

He added that history and identity “have never been so hotly discussed as they are right here and right now” and that Royal Museums Greenwich would “play a key role”.