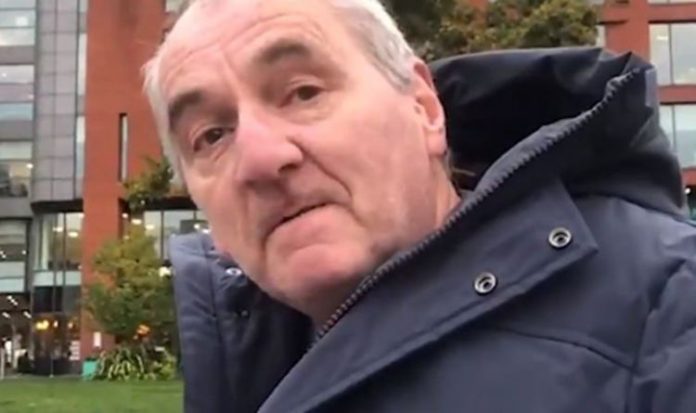 Manchester Mayor Andy Burnham and council leaders across Greater Manchester have insisted they have done “everything within our power to protect the health of our residents”, and said people and firms need greater financial support before accepting the tougher lockdown. But Boris Johnson has warned he will intervene if an agreement cannot be reached. Residents in Manchester have spoken out against the measures as one claimed it would be a disaster.

One resident told LBC: “As the restrictions go, pubs are going to serve food so there’s no difference.

“They’re going to do what they want to do full stop.”

Another added: “I think it’s going to be a disaster for this area.

“There’s no doubt it’s going to be a disaster for Liverpool.

“It’s going to be an even greater disaster for Manchester because the city relies on the hospitality just as much as Liverpool does.

“When people realise what date the lockdown is, people will just go out and have a last binge.”

A third person said the city will definitely end up in Tier 3.

He said: “We have said a few times to just get it done and instead of delaying the inevitable and actually move it forward.

Pubs and bars across Lancashire will close unless they serve food and alcohol as part of a sit-down meal from Saturday, while stricter restrictions on socialising will also come into force.

People will not be able to mix with others in any indoor setting or private garden, as well as in most outdoor hospitality venues.

But gyms will remain open despite them being closed in the Liverpool City Region – the only other area of England under Tier 3 restrictions.