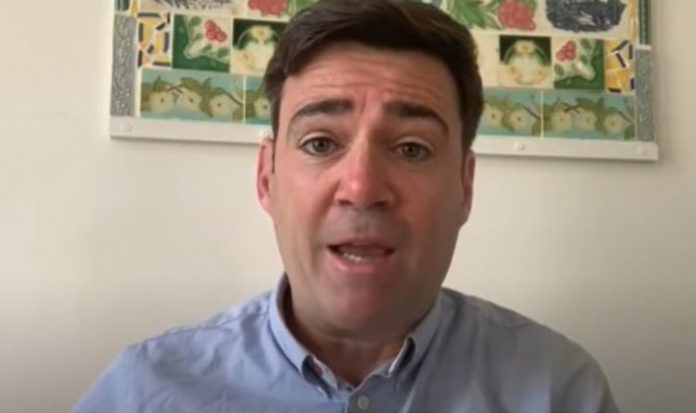 Several areas of the northwest of England where people were told in late July that there was to be no visiting another household, even in a garden, are having those restrictions lifted from now on. However, local leaders in two of them, Bolton and Trafford, have expressed their preference to retain the measures amid fears of a spike in coronavirus infections in recent days. Labour Mayor of Greater Manchester Andy Burnham told BBC Radio 4’s Today show why he did not agree with the Government’s latest move.

When asked what his advice for people in Bolton and Trafford was, Mr Burnham said: “To continue to follow the guidance, which is not to have social gatherings in the home.

READ  When will pubs reopen? 'Sipping pints in the spring' | UK | News (Reports)

“We find ourselves in a completely unsustainable position this morning, that’s the politest way I can put it.

“Overnight we’ve had restrictions released from two boroughs where we’ve got a rising number of cases. In one case, in the red zone.

“Neighbouring boroughs are still under restrictions with much lower numbers of cases.”

The Manchester mayor continued: “So these restrictions were always hard to explain to the public but they’re completely illogical now.

“Now we need to agree an exit strategy with the Government from these restrictions.

“We need to move toward the interventions which we have found to be much more effectve.

“Particularly door-to-door intervention to do testing, tracing and messaging.”

Mr Burham told the BBC: “The leaders of Bolton and Trafford council wrote to the Government saying they felt that they wanted to stay under the restrictions.

“As an interim measure, if you like, before we can move to a new phase of this.

“They, as far as I understand, didn’t receive a response and certainly the leader of Trafford council said last week that they didn’t want to come out of restrictions.

“The Government didn’t go with what he was saying.

“He continues to say that the logic here is to minimise social gathering in the home, and we would say that to people.”