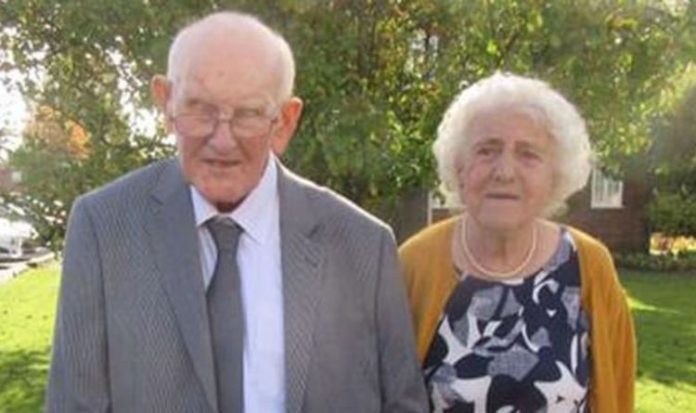 The couple had both been admitted to hospital with other health issues but devastatingly they both contracted Covid soon after. Margaret had been admitted to Wythenshawe Hospital but was later transferred to Trafford General Hospital after catching the virus.

Derek had also been admitted to Wythenshawe but was moved to Trafford to be with his wife when doctors did not think she had long to live.

Their daughter, Barbara Smith, 50, told Manchester Evening News: “I got a call to say that the doctors thought she might go.

“They asked if anyone would like to visit and of course my dad jumped at the chance to go and see her in hospital.”

Barbara said that when Derek joined Margaret, she asked him “where’ve you been?”

Barbara said that from then, her mum seemed to get better like having Derek there had given her a “boost”.

Barbara paid tribute to the “amazing” NHS staff who had looked after them and also allowed other family members to visit before they passed.

Margaret was a trained machinist and cleaner at Broadoak School, while Derek worked as a butcher and later a storeman.

Barbara said her parents loved socialising and going on holidays. She said her mum loved playing bingo and her dad enjoying playing dominoes in the pub: “They loved enjoying themselves and making the most of life.”

A date for the funeral is yet to be confirmed but the family hope it will be a joint ceremony.