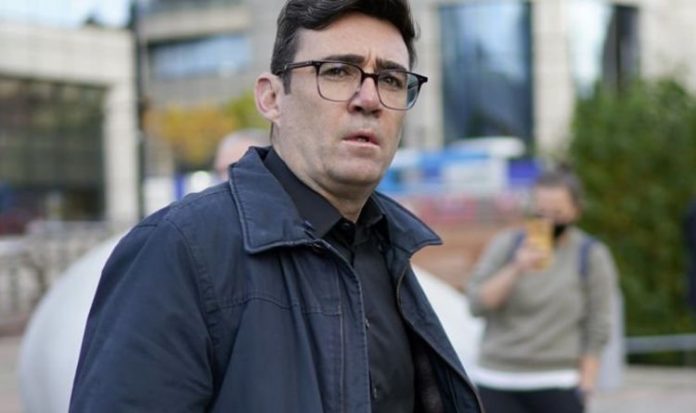 Manchester, unlike its neighbour Liverpool, remains in the same tier it entered following the end of national lockdown earlier this month. City leadership has fought the Government tooth-and-nail following the initial decision in November, claiming it would endure significant economic hardship without adequate funding. The same fears remain today, with ministers still refusing to upgrade the city’s status despite a change in circumstances.

Why is Manchester still in Tier 3?

Making his address in the House of Commons today, Matt Hancock revealed several regions would shift into and out of the three available tiers.

Bristol and North Somerset, having seen a reduction in caseload, will move to Tier 2, and Hertfordshire will lead the way to Tier 1.

READ MORE: Tier 3 restrictions: When do the new Tier rules start? What time?

Manchester’s regional leaders had all pressed the Government to allow them to move out of Tier 3 as well.

Several cited dropping infections as a reason to warrant a climb-down.

Manchester MP Lucy Powell tweeted the region’s rates had dropped “lower than Bristol”, which is now in Tier 2.

Graham Brady, chairman of the Tory 1922 Committee, added nine of the ten boroughs rates had dropped below the “national average”.

Nevertheless, he called on Manchester residents to follow the rules imposed on them.

He added: “People have put up with a lot and they have every right to feel frustrated.

“I understand the frustration but let’s not take it out on the NHS. We have to follow the rules. It will be a difficult winter ahead.”

The Government will evaluate its tier decisions in six days according to Mr Hancock, giving some regions a final opportunity to adjust their restrictions before Christmas.