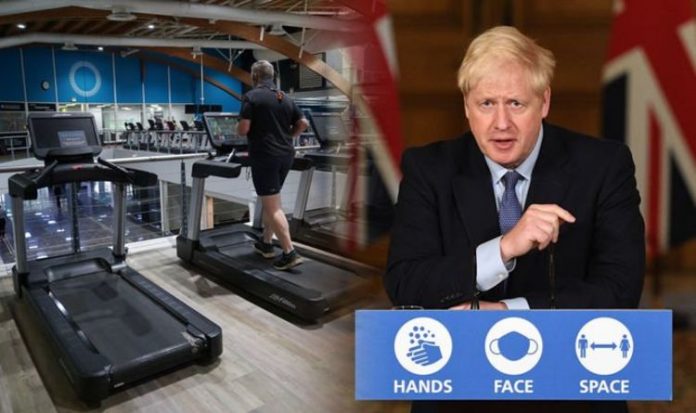 Prime Minister Boris Johnson has today announced Greater Manchester will enter into Tier 3 lockdown from Friday, after days of deadlocked discussions with the area’s leaders. The sticking point had been the amount of support issued to the area for businesses having to close, however, now the PM has enforced the lockdown.

From midnight on Friday, Greater Manchester will enter into Tier 3 lockdown, the strictest restrictions in England.

Greater Manchester’s mayor Andy Burnham has said he is willing to discuss funding for the area with the Government – today saying the money is needed for those on the lowest wages across the area.

The Prime Minister said: “Despite the failure to reach an agreement I hope the mayor and council leaders in Greater Manchester will now work with us to implement these measures.”

He added of implementing the restrictions: “We don’t want to do this in the way that we’ve had to, obviously we’re going to keep talking to Andy Burnham and his teams, but I’m grateful to them, I’m grateful to the leadership of the councils in Greater Manchester now for getting behind the measures that we’re putting in place because that’s our best chance of getting the virus down.”

This means from Friday, one-in-10 people in England will be under the strictest COVID control measures.

He said: ”I know that these restrictions are tough, both on businesses and individuals – believe me, no-one wants to be putting these things into effect.”

The sticking point between Greater Manchester leaders and the Government had been the funding for the region under Tier 3 conditions.

Today Mr Johnson only confirmed a £22 million sum as he announced the new restrictions at a Downing Street press conference, money intended to implement and enforce the new rules.

Mr Burnham said £65 million was the “bare minimum to prevent a winter of real hardship” over a “punishing” winter.

Speaking to press before Mr Johnson’s press conference Mr Burnham said: ”That is what we believe we needed to prevent poverty, to prevent hardship, to prevent homelessness.

“Those were the figures that we had – not what we wanted – but what we needed to prevent all of those things from happening.”