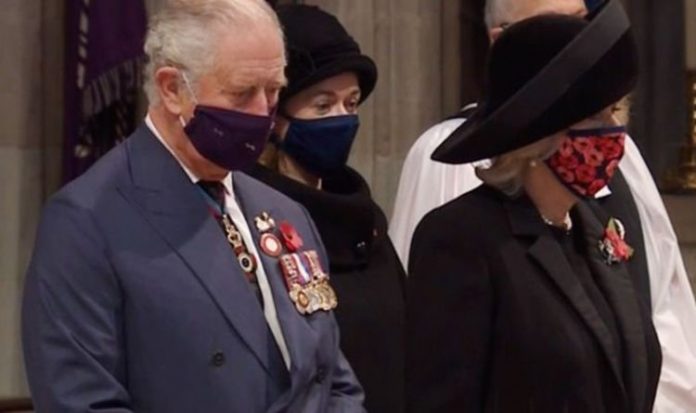 The televised service commemorates the funeral of an unknown British serviceman whose body was brought back from Northern France.

People across the country have been encouraged to take a moment of silence in order to pay their respects during the traditional two-minute silence.

Charles and Camilla were joined by the Prime Minister, Boris Johnson, and the leader of the Opposition to attend the funeral of the unknown warrior.

This year, the royals have been forced to change the way they have commemorated Remembrance Day this year due to the coronavirus pandemic.

At the weekend, the Queen took part in a scaled-back service with other Royal Family members at the Cenotaph in Whitehall on Sunday.

Social distancing measures were in place as the service was closed off to the public for the first time.