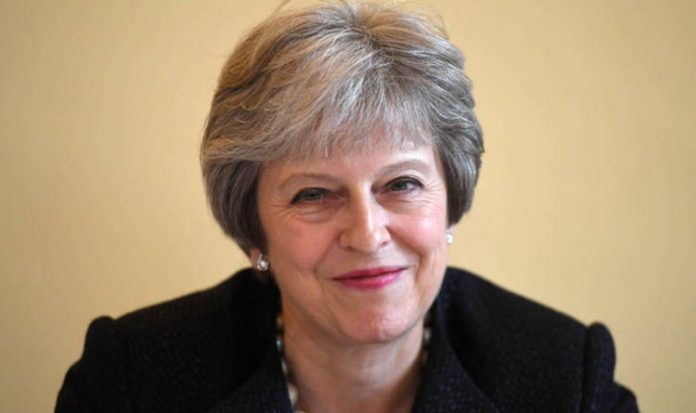 From Monday, the Prime Minister will host a series of meals over the next five weeks for 10 MPs at a time. A Government source said the dinners would be “an opportunity for the Conservative MPs to discuss the Government’s detailed plans for leaving the EU and the opportunities ahead for the country once we’ve left in March next year”.

A number of MPs have accepted the invitation to No10, but others are understood to have turned it down. The events will be paid for by the Conservative Party, not the taxpayer.

Mrs May’s charm offensive comes as Brexiteers ramp up their opposition to the deal agreed at Chequers. In a direct challenge to the PM, Jacob Rees-Mogg will launch a pocket guide to a “no-deal” Brexit on Tuesday.

The 12-page pamphlet has been designed to show how the UK “can thrive” when it starts abiding by World Trade Organisation (WTO) rules after leaving the European Union.

An insider said: “The guide will show that there is nothing to be afraid of. The process is so straightforward, the guide can fit in your pocket.”

The guide argues that WTO rules will boost UK trade with the rest of the world, including Europe. It describes how Treasury revenues will be raised by £80billion, leading to higher public spending and lower taxes, dismissing warnings over food and medicine shortages as “hysteria”.

The guide, by the group Economists for Free Trade, also attacks the idea that membership of the EU’s single market has been particularly good for the UK.

It suggests the UK should leave the EU under WTO rules on Brexit Day next March then enter into negotiations over a Canada-style free trade deal – a key hope of many pro-Brexit MPs.

“There would be no time constraints, the EU would have new [non-politically inspired] negotiating guidelines and the benefits of a Clean Brexit would be coming apparent,” it argues.

The row over the Chequers plan – which No10 insists is the best way to deal with the Northern Irish border and ensure UK factories dependent on parts from Europe do not suffer – shows no sign of being resolved.

It has already caused both Boris Johnson and the former Brexit Secretary David Davis to quit the Cabinet. The Government is set to publish the latest in a series of “grisly” documents detailing how to prepare for the possibility of leaving the EU without an agreement in place.

Mrs May is also preparing to brief EU leaders on the plan at an informal summit on September 20.

Meanwhile, former Conservative minister Guto Bebb has added his voice to calls for a fresh referendum on Brexit as the only way to break the deadlock in Parliament.