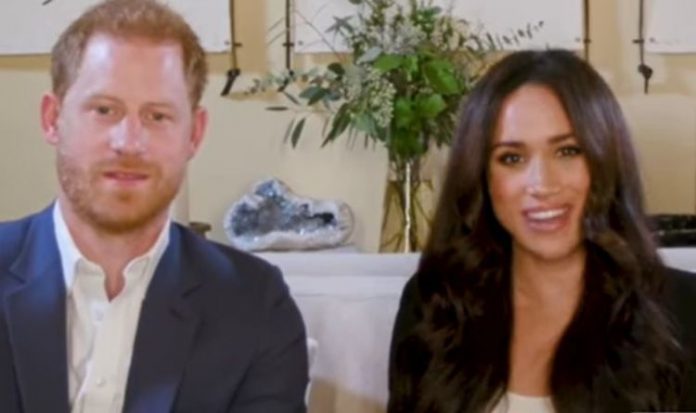 Meghan, the Duchess of Sussex and Prince Harry are “unafraid” to “tackle issues” that we have not traditionally seen royals do before, according to commentators. HeirPod host Omid Scobie and ABC News foreign correspondent Maggie Rulli discussed the couple’s campaign to hold social media companies accountable. This comes after the Duke of Sussex gave a candid interview to progressive business magazine, Fast Company, about the necessity for online reform.

Mr Scobie told listeners: “We’ve seen the efforts that they’ve made to take on some of the issues that just exist more locally here in the UK when it comes to our tabloid press.

“They’ve really become quite unafraid to take on those media titans.

“Many figures, including most of the Royal Family, are usually far too afraid to ever try and challenge.

“I think at this point they clearly feel quite emboldened to tackle these issues.”

READ MORE: Meghan and Harry going ‘guns blazing’ as they ‘have nothing to lose’

He added: “And they’re doing it in a way that, certainly when it comes to the Royal Family, we haven’t seen before.”

Ms Rulli agreed: “They have thrown themselves in to sort of be the face of this.

“They can talk to those powerful leaders and stand up to them because they are able to.

“But they also gave advice to the everyday person, and a lot of it was really simple.”

In his interview, the Duke of Sussex gave his own advice: “To start, it doesn’t have to be that complicated.

“Consider setting limits on the time you spend on social media, stop yourself from endlessly scrolling, fact-check the source and research the information you see and commit to taking a more compassionate approach and tone when you post or comment.

“Finally, there’s a responsibility to compassion that we each own.

“We need to take better care of each other, especially in these times of isolation and vulnerability.”