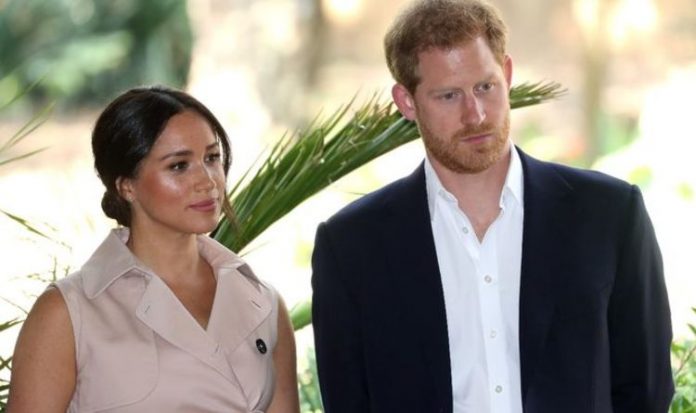 Meghan Markle and Prince Harry have begun to fulfil their pledge to become “financially independent” from the Royal Family, with the latest confirmation that they have repaid their £2.4million taxpayer-funded renovation of Frogmore Cottage. The New York Times also reports that the Sussexes have actually been financially independent since their exit in April, and have not received any income from the Duchy of Cornwall. Royally Obsessed podcast hosts Roberta Fiorito and Rachel Bowie discussed how this, plus the announcement of their new deal with Netflix, was driven by the Queen’s initial snub.

Ms Fiorito told listeners: “It must have felt kind of nice to put in writing and release that information that they haven’t been receiving any money.

“It confirms that they are doing this on their own and they planned for that and are going to be alright.”

Ms Bowie agreed: “I didn’t expect it to be so so quickly. Six months later, they’re already wiping their hands of the Royal Family’s coffers.

“What struck me as most surprising is how quickly they were able to follow through their plans.”

She added: “They essentially said, ‘we laid out these plans, and it’s not going to be a year, we’re done’. They mean business.”

Ms Fiorito reminded listeners: “They also had to pivot from their full plan. They were going to do SussexRoyal, but the Queen put a stop to that.

“They really had a different idea in their heads in January of how this would all go.

“So I’m curious how long the Netflix deal has been in discussions, but I feel like they have made things happen.”

The royal couple signed a multi-million pound deal with the US streaming giant.

The Duke and Duchess of Sussex, who live in California now, will be producing and possibly starring in documentaries, feature films and children’s’ programmes.

In their statement announcing their departure from the monarchy, the Sussexes stated that they would “work to become financially independent”.

One of their plans had been to do public speaking, but it has been put on hold due to the coronavirus pandemic.