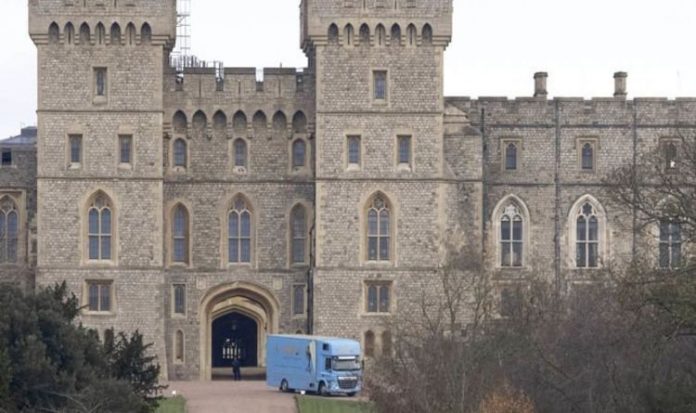 Seven months after they stepped away from being senior royals, the Abels van arrived at Frogmore Cottage from nearby Windsor Castle. Harry and Meghan now live in Los Angeles and are said to have handed the house keys to Princess Eugenie.

Their possessions were earlier taken away in darkness and sent to California where the couple have an £11million rented home.

Pregnant Eugenie and her husband Jack Brooksbank are moving into five-bed Frogmore on the Queen’s Berkshire estate.

They spent £2.4million of public money on renovations, then repaid taxpayers after criticism.

Princess Eugenie and her husband previously lived in a cottage at Kensington Palace.

Suffolk-based removals firm Abels has a royal warrant and first worked for the royal household in 1981.