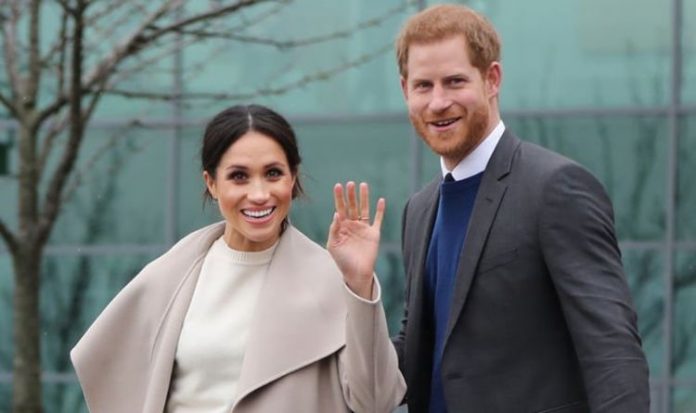 The couple shocked the world earlier this year when they announced they are stepping down as senior members of the Royal Family. Since the coronavirus outbreak they have been living in Los Angeles.

Since stepping away, the couple have not shied away from the headlines – despite wanting a more private life – and their list of A-list friends continues to grow.

It is believed Meghan has taken exercise classes with Adele as well as pep-talks with Victoria Beckham.

But last week, rumours sparked that the couple could become godparents after they were spotted with David Foster and Katherine McPhee.

Marie Claire reported speculation was rife that the pair were being lined up for the important roles.

The foursome were spotted dining at Lucky’s Steakhouse in Montecito together just a day before David and Katherine announced they were expecting a baby.

According to reports, the couples will be spending Christmas together.

Meghan and Katherine are long-time friends having gone to school together while David is reportedly seen as Harry’s “surrogate dad”.

READ  Sky News host snaps at Williamson over Ofqual head resignation 'and you get a prize?' | UK | News (Reports)

The Duke and Duchess of Sussex released a statement regarding their Netflix deal, which read: “Through our work with diverse communities and their environments to shining a light on people and causes around the world, our focus will be on creating content that informs but also gives hope.”

The CEO of Netflix, Reed Hastings, previously revealed the couple looked around all the major media companies for the best deal before going with Netflix.

Mr Hastings said: “I’m so excited about that deal.

“They’re smart. They were shopping around across all the major companies and I think we really put together the best complete package.

“We are going to do a wide range of entertainment with them.”

The staggering Netflix deal has already allowed the couple to pay back the £2.4million which was spent on renovating Frogmore Cottage – paid for from taxpayers’ money.

Their office confirmed the same week the money had been returned in full to the Sovereign Grant following speculation over the weekend.

It is understood the pair had been relying on Harry’s father Prince Charles for funds after the pair quit their senior royal roles but reports say they are no longer receiving money from the Prince of Wales.

The Netflix deal will see the couple producing a range of programmes for the streaming service.

Back in August, it was suggested Meghan and Harry were setting their sights on a new TV show focusing on ‘normal’ people and was pitched to a number of executives.

A source said the show will focus on two causes close to Meghan’s heart; empowering women and tackling racial discrimination.

Both Harry and Meghan would reportedly appear in the show but the project will not focus on the couple but they would work as joint producers.

It was previously reported future works will include issues on climate change and mental health, a topic particular close to Harry’s heart.

Since stepping down from the Royal Family, Meghan – who shot to fame on Suits – has lent her voice to the Disney+ documentary, Elephants. 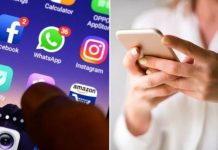