The Duke and Duchess of Sussex have been embroiled in an ongoing dispute with Buckingham Palace after Meghan claimed it “dictated” what went on son Archie’s birth certificate. It emerged that her name ‘Rachel Meghan’ had been struck off the document, and instead she was described as Her Royal Highness the Duchess of Sussex. Their titles have become a critical part of their life outside the Royal Family, with commentators – including the likes of Good Morning Britain host Piers Morgan – demanding they be rescinded.

And Daily Express royal correspondent Richard Palmer reports that the Queen could be ready to “stiffen” the resolve within Buckingham Palace by taking back Harry’s “cherished” military appointments, with an insider claiming a final say will be left with Her Majesty.

Her “embarrassment”, Mr Palmer suggested, stemmed from Harry’s decision to wade into the US election debate last year.

The ongoing saga over Meghan and Harry and their split from the Royal Family sparked controversy around the world, when they announced their intentions to quit last year.

A summit had been planned to be held between the Sussexes and the Queen one year on from Megxit, the term coined to describe their exit, but as a result of the coronavirus pandemic this has been postponed.

Meghan and Harry told ‘you can’t be half royal’ before ‘embarrassing’ Queen (Image: GETTY)

The Queen alongside Prince Harry and Meghan Markle (Image: GETTY)

At the time, Robert Hardman – a royal author – demanded the couple be reminded that they “can’t be half-royal”, as insiders on both the Sussexes’ and Buckingham Palace’s sides thrashed out a deal to conclude Megxit.

Speaking on Amazon Prime’s 2020 documentary Harry & Meghan: The Next Step, Mr Hardman said that the couple were “clearly very unhappy with the royal existence” and that “people will have sympathy” for them wanting to leave.

He said: “The crux of the matter is you can’t be half-royal – you can be part of the royal machine, you can accept the privileges that go with it but also take the restrictions.”

Mr Hardman argued that Harry and Meghan could “go down the route” taken by the likes of the Duke of Kent, who retains his privacy but carries out royal duties, yet added: “What you can’t do is to be a sort of Trans-Atlantic royal who drops in, does a bit of royal stuff, but then goes off to do this sort of financial independence stuff in LA or Toronto or wherever it is.”

This argument was cemented by Graham Smith, the chief executive officer of Republic – a group advocating the replacement of the monarchy.

He demanded that if the couple want to live privately “they have to renounce their titles”, while ensuring they no longer claim public funding.

Mr Smith said: “Had they done that, I’d be standing here cheering them on, saying, ‘Well done’.

Harry’s military titles are known to be incredibly important to him, and recently a source told People magazine not being able to use them was “the one truly disappointing result of the move away” from the royals.

The Queen could now strip Harry of his three military patronages, including his appointment as Captain General of the Royal Marines, if he continues to no longer be a full-time working royal.

Senior Palace sources suggested the monarch will finalise the move at the end of the 12-month review of Megxit in March.

Reflecting on the decision, Mr Palmer wrote: “Harry and Meghan’s attitude and in particular their intervention in the US presidential election, a decision that conflicted with British foreign policy and embarrassed the Queen, has stiffened resolve at the palace.

READ  Clap for heroes: What time is the clap for key workers today? | UK | News (Reports)

“In theory, there is nothing stopping the Queen allowing Harry to retain his cherished military appointments – Prince Michael of Kent holds seven despite running a business and never being a working royal officially. But Prince Michael is deemed to have been discreet and loyal.

“In spite of the Prince Michael comparison, the Sussexes have become such divisive figures it seems clear there would be a hostile public reaction if Harry were allowed to keep any of his military patronages. Likewise Prince Andrew.”

The withdrawal of his titles “stung” Harry, Finding Freedom – a 2020 pro-Sussex biography – claimed, with a source telling co-authors Carolyn Durand and Omid Scobie: “Indeed, his service to the global veteran community—which inspired him to create the Invictus Games—was not only his most important legacy to date, it was also the most meaningful to him.”

This frustration was shared by Meghan, with an insider claiming it had been a “tough pill to swallow” and the “one that has been most painful to Meghan to witness him go through”.

A friend was reportedly told by Meghan it was “so unnecessary”, adding: “And it’s not just taking something away from him, it’s also that entire military veteran community.

“You can see how much he means to them, too. So why? The powers are unfortunately greater than me.” 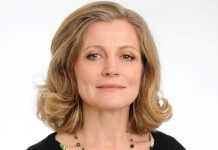 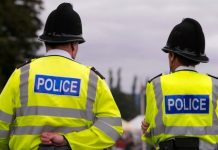 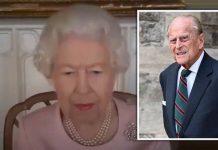