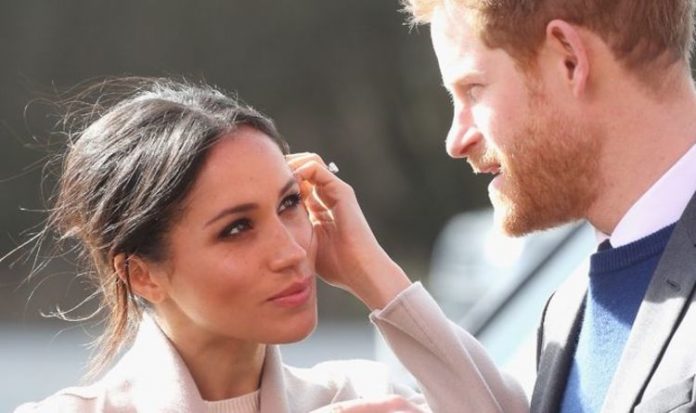 The Duke and Duchess of Sussex yesterday announced they are expecting their second child. But royal expert Emily Andrews admitted she was “surprised” the couple had revealed Meghan’s pregnancy to the world.

The Mail on Sunday’s royal editor claimed the Sussexes were “so angry and resentful” they had to announce Meghan’s first pregnancy when they were working royals.

She added that the pair – who have quit royal duties for a new life in America – could have waited until the baby was born to make an announcement.

“They were so angry & resentful they had to announce their first pregnancy, they could have taken this opportunity to have an entirely private pregnancy and birth, only announcing their baby once born.”

Meghan’s first pregnancy was revealed in October 2018 as she and Harry embarked on a royal tour of Australia and New Zealand.

But their baby Archie’s birth in May 2019 was shrouded in secrecy.

The former actress, 39, and the Queen’s grandson, 36, on Sunday announced they are expecting their second child.

They released a black and white snap of themselves – with Meghan’s blooming bump visible.

The Queen and the rest of the royals were said to be “delighted”.

A Buckingham Palace spokesman said: “Her Majesty, Duke of Edinburgh, Prince of Wales and entire family are delighted and wish them well.”

It is understood Meghan and Harry told the Royal Family before sharing the news with the public.

The former actress’s due date has not been revealed.

The announcement comes after Meghan suffered a miscarriage last summer.

The new baby, like Archie, will grow up thousands of miles away from the monarch, Prince Charles, Prince William and Kate, as well as his or her cousins Prince George, Princess Charlotte and Prince Louis.

The Sussexes are living in an £11 million mansion in California after quitting royal duties last March.

They are set to be interviewed by US talk show host Oprah Winfrey next month – marking a year since Megxit.