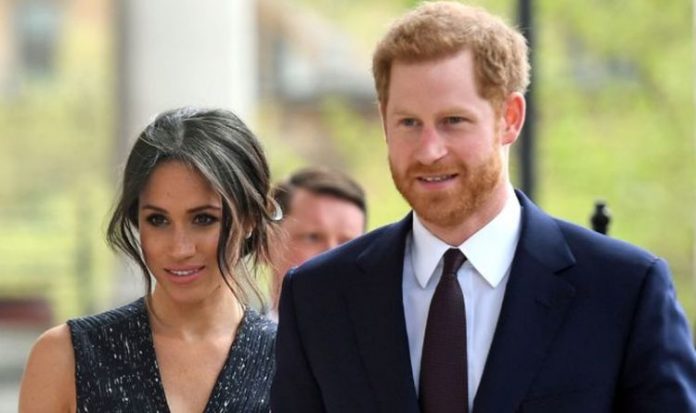 The Duke and Duchess of Sussex are giving a bombshell interview to the US chat show host, which airs on March 7. But the Queen and other members of the Royal Family are to take part in a special television programme celebrating the Commonwealth that day.

The royal commentator tweeted: “If Harry and #Meghan cared about the Commonwealth, why did they agree to this date for their big #Oprah interview?

The annual Commonwealth Day service at Westminster Abbey has been cancelled this year due to the coronavirus pandemic.

Instead, the Queen will share her message in A Celebration For Commonwealth Day, which will be broadcast on BBC One.

Meghan and Harry’s interview with Oprah is airs on CBS at 8pm in the US on Sunday, which will be in the early hours of Monday UK time.

The Sussexes bowed out as working royals at last year’s Commonwealth Day service.

There were clear tensions between the couple and other members of the Royal Family at the event.

Her audio message will be pre-recorded at Windsor Castle and played over footage of the monarch at the Berkshire royal residence.

Prince Charles, Camilla, Prince William, Kate and the Countess of Wessex will also take part in the BBC show.

The service, which was due to be held on March 8, is a key part of the royal calendar and has been held every year since 1972.

Some 2,000 people usually gather at the church in central London in celebration of the voluntary association of 54 nations.

The decision to replace the service with a programme was made at the start of February, before Meghan and Harry’s Oprah interview was announced.

The Royal Family will be braced for what they have to say in their first television interview since Megxit.

The Sussexes, who are expecting their second child, are now living in California.

Their new careers outside of the Royal Family include lucrative deals with Netflix and Spotify to make shows and podcasts.