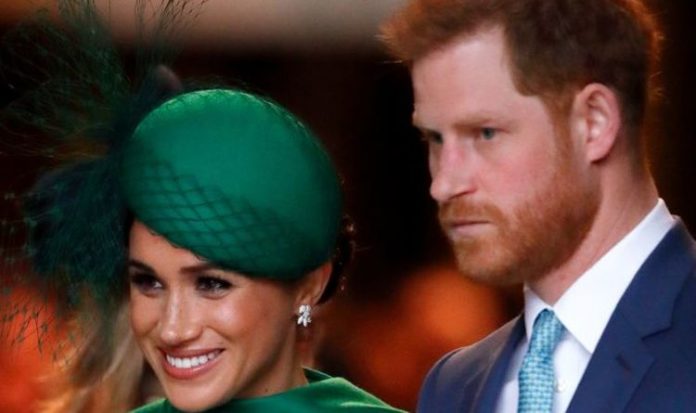 Meghan Markle and Prince Harry sensationally stepped down from their roles as senior working members of the British Royal Family this year, a move that stunned royal watchers across the world. The Duke and Duchess of Sussex stated a desire to become financially independent from the Firm, striking out on their own in the US to do so. Discussing this desire for independence, royal expert Katie Nicholl claimed Meghan and Harry’s driving force behind their split from royal duties, dubbed Megxit, was “to make money”.

Speaking to The Royal Beat, available on True Royalty TV, Ms Nicholl claimed the Duke and Duchess of Sussex were also seeking “latitude and space”.

She said: “The real reason for them leaving the Royal Family was to become financially independent.

“I think it was to have latitude, to have space, but ultimately it was to make money and that is what they are doing.”

She said: “There have been nine months since Megxit and relations are better.

“I know that they are in touch, that they do talk.

“I know that Harry sent over a load of presents for the Cambridge children.

“They will zoom and chat over the holidays.”

“Quite frankly, Harry’s biggest mistake was leaving the army. He should have never left.”

It comes as Meghan and Harry have struck another lucrative media deal.

The Duke and Duchess have already won a huge contract with the streaming giant Netflix – thought to be worth several million – and will now launch a brand new podcast, Archewell Audio via Spotify – a platform which boasts 144 million users.

Both deals are thought to be highly profitable and will broaden the couple’s already massive global reach.