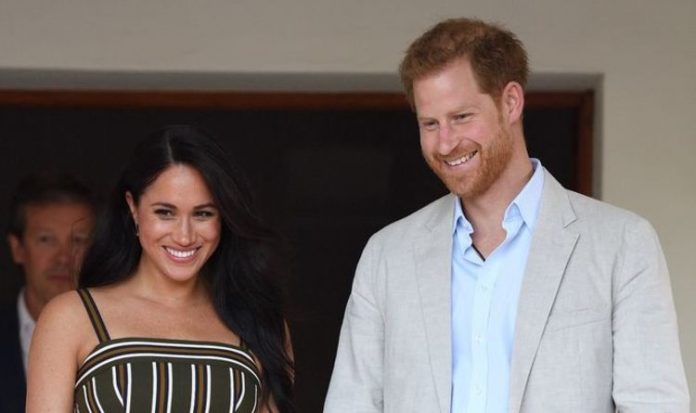 The property was rented for $400 an hour according to the Daily Mail. The Spotify-based podcast Teenager Therapy teamed up with the Duke and the Duchess of Sussex for a conversation on teenage mental health.

For the podcast, recorded in support of World Mental Health Day earlier this month, the couple spoke to three high school children.

Images from that day lead to speculation that the couple may have met the teenagers in their new Montecito mansion.

However, such rumours were debunked as The Daily Mail confirmed the recording took place at a rental home.

The luxury property is situated by Miramar Beach, just moments away from Harry and Meghan’s home.

It is listed on giggster.com at $400 an hour for a minimum of three hours, with a description saying it is “on the sand in Montecito”.

The property boasts four bedrooms and three bath laid out across 2,500sq ft.

Its front garden faces the beach and allows up to 15 cast and crew for photoshoots and filming.

In the advert, the owner mentions people and brands that have used the house for projects, including the Duke and the Duchess.

The podcast hosts describe themselves online as as “five stressed, sleep deprived, yet energetic teens sit down and talk about the struggles that come with being a teenager”.

On the podcast, shared on October 11, hosts Gael, Kayla and Thomas talk to Meghan and Harry about mental health and how they understand it.

Describing her experience with mental health, Meghan said social media is “a great way to connect, but it also ends up being a place where there’s a lot of disconnection.”

The Duchess added: “I can speak personally too. I’m told that in 2019, I was the most trolled person in the entire world, male or female.”

She explained that at the time she was pregnant with Archie but that did not stop trolls.