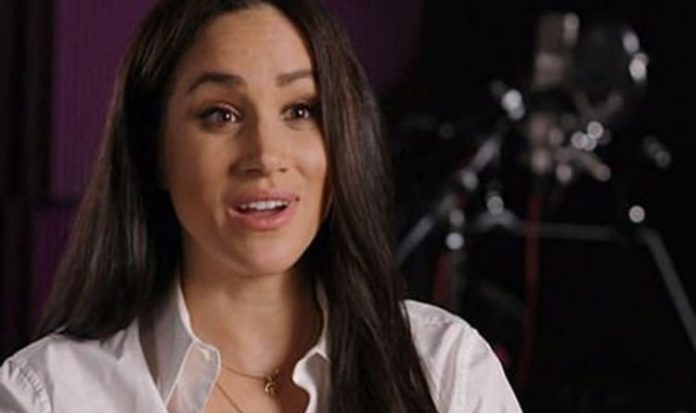 Prince Harry and Meghan Markle are nervous about the demands that Netflix could make of the royal couple. Harry and Meghan signed a massive deal thought to be worth £112million last month with the streaming giant to produce TV series and films. However, royal experts now suggest that Netflix expects “Harry and Meghan to pay their price in return – pay in a pound of flesh”.

Earlier this week, the Duke and Duchess were forced to release a rare statement this week denying plans to film a Netflix reality TV show.

Rumours had swirled about a fly-on-the-wall reality series with cameras following the royal couple for three months while they undertook charity work.

A spokesman for the royal couple said: “The Duke and Duchess are not taking part in any reality shows.”

The demands that Netflix could potentially place on the couple was discussed on the podcast Royally Obsessed.

JUST IN: Prince Harry feud with William is SERIOUS risk to monarch

Podcast co-host Roberta Fiorito said: “Rumours of a reality TV show are off base and have been completely denied.

“It was rumoured to be part of their Netflix deal. I’m not quite sure where that rumour started.

“It suggested that it would be a fly-on-the-wall series about their lives.

“They don’t always release statements but this rumour got a hard, firm no.

Co-host Rachel Bowie asked: “Does that mean Netflix are going to commercialise them in a way that they haven’t been before?”

Ms Fiorito questioned whether the pair will be forced to lead the promotions for their series.

While the couple denied the idea of a reality TV show, they did confirm that their first project is already in pre-production.

It will be an animated series about inspiring women, which has sparked “a lot of buzz” in Hollywood.