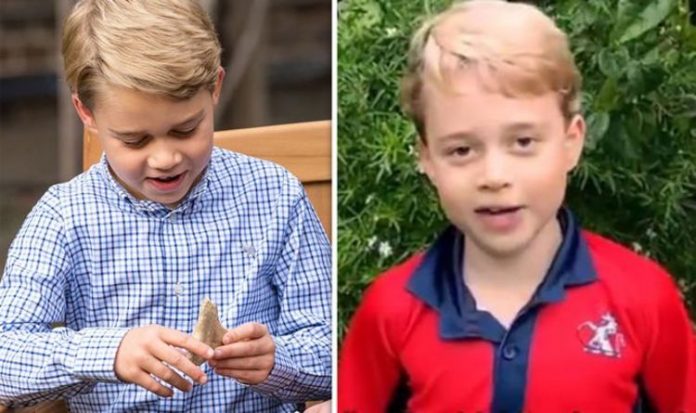 He added: “So they subscribed lots of money and lots of people came to help and now there are over a thousand of them.

“So you can save an animal if you want to and if you put your mind to it.”

Kate, Duchess of Cambridge and Prince William’s three children are huge fans of David Attenborough and got to meet him in person last week.

David was introduced to the Cambridge children when he visited Kensington Palace for a private viewing of Prince William’s new nature documentary.

During his visit, Sir David presented Prince Goerge with a very special gift.

He gave the young prince a prehistoric shark’s tooth he had found during a holiday in Malta in the 1960s.

George was photographed looking delighted with his special present.

Initially sparked outrage from Maltese officials who questioned whether the fossilised tooth should be returned.