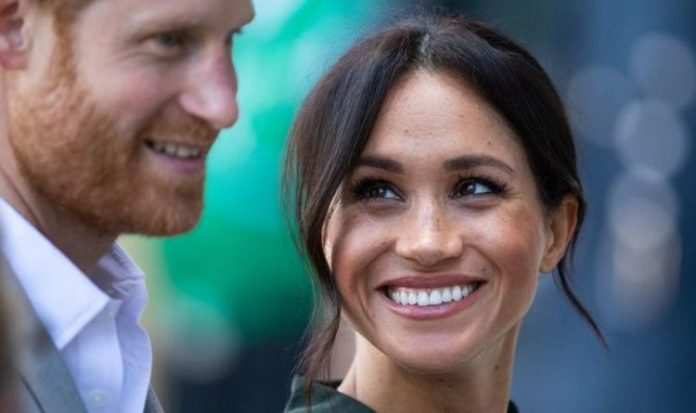 The lucrative new deal, thought to be worth £30m, has rekindled a lively debate on social media on whether the couple is seeking privacy or publicity. Some royal watchers believe the Duke and Duchess of Sussex have “won” by managing to become financially independent while defending their privacy.

One royal fan has noted the couple are defending their privacy by making an announcement in their own terms.

“You show me one stray picture of Archie?

“Or leaks of their plans? No one even knew she invested in a luxury brand till it was announced.

“Now that’s privacy. And they still do lots of public good. So yeah they won.”

Another Sussex fan clashed with a Twitter user asking “what happened to wanting privacy” in the wake of the Spotify deal announcement.

They said: “Just cause a person is well-known doesn’t mean they don’t have a right to privacy.

“You can’t observe celebrities’ lives without their permission.”

“Following through on their vow to be self-funding and to work hard to help change people’s lives. #SussexEmpireForChange”

Other Twitter users mocked Meghan and Harry after their deal with the streaming platform was announced, claiming the couple are often in the spotlight.

Another said: “For people that didn’t want to be in the limelight they are out there all the time.”

Meghan and Harry announced in January their intention to step back as senior royals to carve out a “progressive new role” within the Royal Family.

They outlined their desire to give up the Sovereign Grant and become financially independent.

They also spoke about their wish to “balance our time between the United Kingdom and North America”.

Explaining the reason behind this move, they said it would allow them to bring up their son Archie aware of his royal roots “while also providing our family with the space to focus on the next chapter, including the launch of our new charitable entity”.

The Duke and Duchess of Sussex officially stepped down as senior royals on March 31 and have since struck two multi-year deals with streaming platforms Spotify and Netflix, believed to be worth millions of dollars.

Their deal with Netflix was announced in September and will see the couple become producers of children’s programming, documentaries, docu-series and TV shows.

Yesterday, the couple confirmed they will to host and produce podcasts exclusively for Spotify aiming to uplift and entertain audiences.

Meghan and Harry said: “What we love about podcasting is that it reminds all of us to take a moment and to really listen, to connect to one another without distraction.