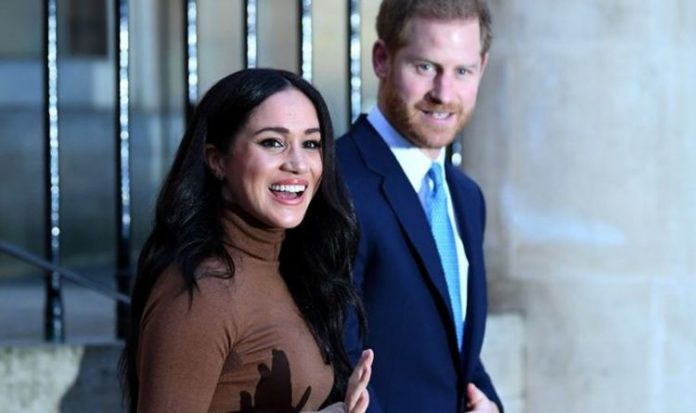 Meghan Markle and Prince Harry’s Holiday Special for their new podcast is due to be released later this month. The Duke and Duchess of Sussex announced on Tuesday that they have secured a multi-year deal with streaming platform Spotify to produce and host podcasts. A one-minute audio trailer has since been dropped on Spotify, with the royal introducing the concept for their show.

The clip begins with the couple joking around in an unscripted segment.

Harry asks: “Shall we start? No? Ladies first?”

Meghan replies: “No, say it, because I think it sounds really nice with your accent.”

The Duke sounds surprised as he says: “What? Archewell Audio? Really?”