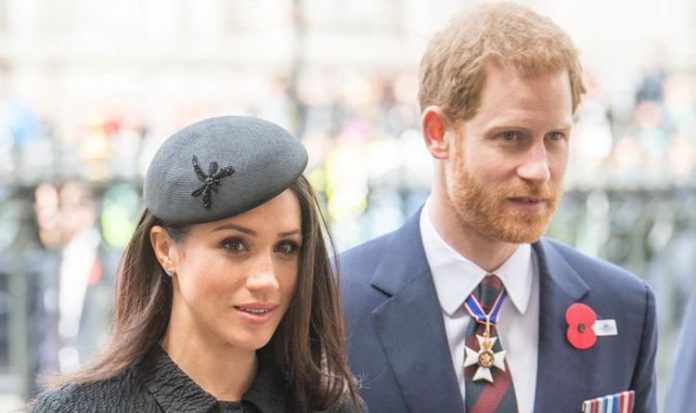 Meghan and Prince Harry have been “following their principles” since stepping down as senior royals, when they started to touch upon a series of issues deemed controversial – including US politics. This have alienated parts of the public across the world at a time the Duke and Duchess of Sussex are building their brand and launching a series of initiatives – including talks and their foundation.

Speaking out on US voter registration, social media and the Black Lives Matter movement will likely see Meghan and Harry losing potential followers.

However, one brand expert believes carving out a niche-following which perfectly aligns with their beliefs may be part of their strategy, one that has already been embraced by several other companies.

Brand and reputation management expert Eric Schiffer told Express.co.uk: “There is absolutely a movement among many brands to be principled to nature.

“So Meghan and Harry are emphasising they are following their principles and they are going to carve out a unique following devoted to them and they don’t care if they alienate a certain portion.

“And I suspect they will alienate other groups too in their quest to carve out their own path and brand personas.

READ MORE: Queen ‘wanted Harry and Meghan to live in a Commonwealth country’

“Now, some would say it’s imbecile and stone-cold crazy, but others would say it’s consistent with a modern brand approach, which is to carve out micro-niches rather than embrace whole of the world.

“This is now more commonplace for brands to take a stance recognise they would alienate people.

“This used to never be the case.

“And I don’t know if here we are seeing two out-of-touch celebrity elites just following their feelings or whether they have some grander brand strategy that may be quite sophisticated in micro-niching out their following.

“I suspect it’s a little of both.”

Meghan and Prince Harry, Mr Schiffer believes, have alienated parts of the British population most loyal to the Crown when they decided to step down as full-time working royals.

But, by stepping into the political realm and speaking about voter registration, the pair have likely angered 42 percent of the American adult population – Donald Trump supporters.

He had previously told Express.co.uk: “There is no logic to create a partnership brand by in essence attacking the President and suggesting that people need to vote so that there is a reduction in hateful speech.

“That’s a dog whistle to anyone that says ‘get Republicans out’.

“So the liberals and moderates that don’t like the Trump Administration will take kindly to it.

“But Republicans will see Meghan and Harry as part of the out-of-touch celebrity elite or those actors that are suddenly primadonnas of Hollywood and now want to pontificate about politics.”

However because in 2016 – before Meghan became a member of the Royal Family – the Duchess had branded the property tycoon “divisive and misogynistic” ahead of his election, many have assumed she is now supporting Vice President Biden.

Similarly, her comments calling the upcoming vote the “most important election of our lifetime” has been seen by a call to oust Mr Trump from the White House.