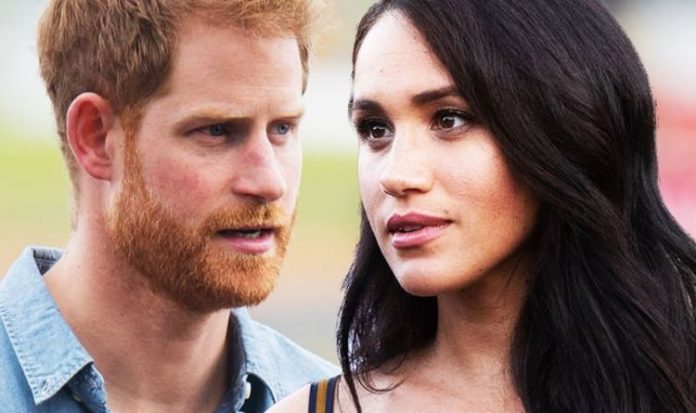 Meghan Markle and Prince Harry’s speaking engagements agency Harry Walker was forced to issue a statement following a new report. The story appeared to indicate that Meghan and Harry were getting a special deal while working with the agency for their engagements. However, the agency furiously clarified that the Sussexes were getting a very similar deal to all of their other clients.

They added it was not newsworthy that the Duke and Duchess have a straight forward process that ensures they are privy to specific information before agreeing to speak at an event, such as who is the audience and what they would receive for their participation.

Ms Bowie said: “The other kind of big news for Meghan Markle and Prince Harry that isn’t actually news is something I liked.

DON’T MISS: Meghan Markle drops huge clue she ‘so happy’ to be away from UK

“Meghan and Harry’s speaking engagement requirements were revealed in a big scoop.”

However, the royal commentator highlighted why there was a backlash to the story.

She said: “But it isn’t actually a scoop because in a nutshell it basically said that Harry and Meghan’s virtual even request form outlined some pretty standard requirements.

“Things like who will be in the audience, moderator approval, what the event organiser is receiving in return for their sponsorship participation in the event.

“We were never approached for comment which is also customary.

READ  Boost for families wishing to build their own home

“Had we been we would have said the Duke and Duchess of Sussex have a standard working outline similar to what we have been during our nearly 75 years of business.

“I had to read this final line, this story is all foam no beer.”

The royal commentators joked they would now start to use this phrase.

They added that the agency was right to comment back against these claims.