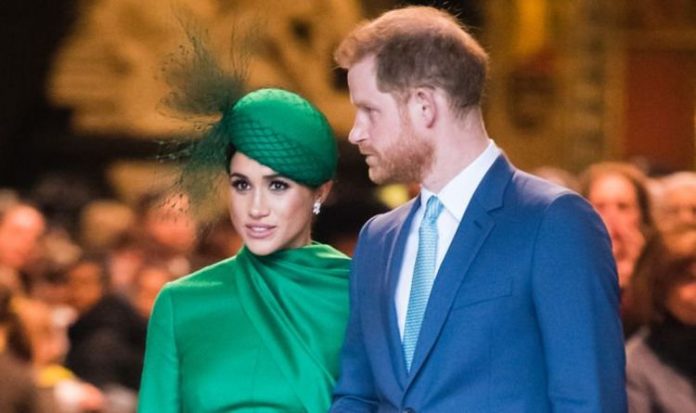 Meghan Markle and Prince Harry reportedly have no plans “to use social media for the Archewell foundation”, according to day Times. But royal biographer Omid Scobie said a spokesperson for the couple branded this “speculation”. However, he noted that the Duke and Duchess of Sussex have never had Facebook or Twitter accounts.

Speaking on HeirPod, Mr Scobie said: “Whilst they are busy setting up their new Archewell foundation, they won’t be using social media to promote any of their activities or initiatives.

“This all sounds pretty much what one would expect.

“I don’t think the couple have ever been that active on social media except their SussexRoyal Instagram account which is my first point.

“We have never seen them on Twitter or Facebook so I wouldn’t expect them to be signing up for that.

“That said I did check in with a spokesperson for the Sussexes who simply branded the news as speculation.

“They suggest that nothing has really changed and the couple are continuing to bring attention to improving the digital world in a more compassionate and trustworthy way.”

It comes as Harry is heartbroken over his split with the royal family but he and his wife Meghan are happy in their new lives in the US, broadcaster and confidant to the couple Tom Bradby said.

The couple moved to Los Angeles with baby son Archie last year after they gave up their official royal roles following disagreements with other family members and in the face of huge media attention.

“I think he is heartbroken by the situation with his family,” Mr Bradby said in an interview for ITV’s “Love Your Weekend with Alan Titchmarsh” show.

Mr Bradby’s interviews with the couple during a 2019 tour of Africa provided insight into growing tensions within the royal family since their 2018 wedding and the birth of their son, with a tearful Meghan describing the difficulty of being a new mother and dealing with incessant scrutiny.

Harry also admitted to disagreements with elder brother Prince William, who is second in line to the throne.

“Well, just the situation with the family clearly isn’t ideal and it has been a very difficult year for them all,” Mr Bradby said.

“There are still a lot of hurt feelings on all sides and it’s very difficult,” he added.

Bradby’s documentary on the couple presaged their decision to step back from all official royal duties in 2020.

Since then Harry and Meghan have continued charity work and signed TV and other media deals, launching their debut podcast in December. They have also pursued several lawsuits against the British press.