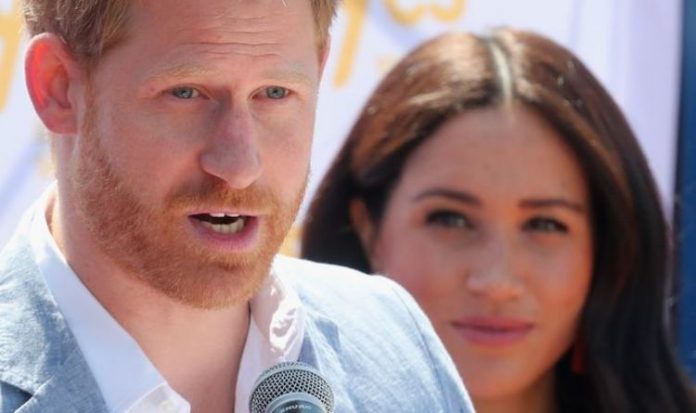 Buckingham Palace announced the Duke and Duchess of Sussex will not be returning as working royals but that they would “remain much-loved members of the family”. Meghan and Harry also released a statement insisting “we can all live a life of service” and “service is universal”.

The royal expert said Meghan and Harry sounded “rather resentful and bitter”, while the Royal Family was “desperate not to seem vindictive”.

She tweeted: “Once again differences between RF’s statement & Meghan & Harry’s is telling.

“M&H: rather resentful & bitter tone. But saying they don’t need royalty to serve.”

In a further tweet, Ms Andrews claimed Meghan and Harry’s statement was “also rather disingenuous”.

“To earn their own money (& if we’re honest, profiting from an ancient birthright/marriage).

They will lose their patronages which will be passed to other royals.

Buckingham Palace said: “The Duke and Duchess of Sussex have confirmed to Her Majesty the Queen that they will not be returning as working members of The Royal Family.

“The honorary military appointments and Royal patronages held by the Duke and Duchess will therefore be returned to Her Majesty, before being redistributed among working members of the Royal Family.

A spokesperson for the Sussexes said: “As evidenced by their work over the past year, the Duke and Duchess of Sussex remain committed to their duty and service to the UK and around the world, and have offered their continued support to the organisations they have represented regardless of official role. We can all live a life of service. Service is universal.”

A source insisted Meghan and Harry had “absolutely, no question” wanted to keep the positions they have lost – including the Duke’s beloved honorary military titles.

The source said: “They do respect the decision but they always made clear they were committed to doing those roles.”