Daniela Elser, writing for news.com.au, claimed the Duke had not “gone out of his way” to remain the object of the Queen’s favour. She also branded the couple’s approach to the so-called Megxit process as “all-guns-blazing”.

Ms Elser wrote: “While there is a certain impressiveness to their vehemence and commitment to making their voices heard, I can’t help but wonder if they would ultimately be able to achieve much more had they applied a modicum of strategy and patience to their new lives.

“Surely the savvier thing to do would have been to have opted for a more softly, softly approach while the wounds from Megxit were still so fresh and so raw.

“What both Harry and Meghan seem to suffer from is an inability to take the long view and play the waiting game.

“Instead, their three-plus years of official coupledom have been characterised by a certain hell-for-leather, all-guns-blazing approach.”

The writer referenced a bombshell biography about the couple, Finding Freedom, which quoted a “source close to the couple” claiming they can be “impatient and impulsive”.

A source who worked with the couple told Vanity Fair how the Sussexes come up with big ideas and “expect them” to come into force “within days”.

They claimed that aides had to “explain” to the Duchess her big ideas would require time.

The insider said: “You can say what you want about Meghan, but she works incredibly hard.

However, a palace source told the Telegraph the Queen’s attitude has not changed since the Sandringham summit when she warned Harry could not have a “one foot in, one foot out” outlook on being a senior royal.

READ  Landmark event for the space industry lifts off

If Her Majesty decides to strip her grandson of his military appointments it could possibly come as a blow to him.

A friend of the Duke told the newspaper: “His military work is one of the most important things to him.

“Of course he wants to keep them.” 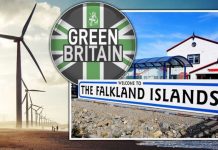