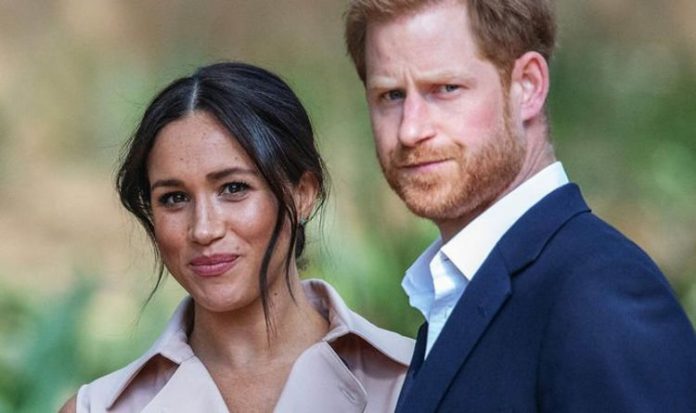 Meghan and Harry firmly dismissed a source saying they were ready to be filmed by a crew to “give people a glimpse into their lives”. A spokesman for the couple said: “The Duke and Duchess are not taking part in any reality shows.”

This statement came after Netflix also commented on the source’s claims.

The streaming platform said: “The couple already have several projects in development, including an innovative nature docu-series and an animated series that celebrates inspiring women.

“But we are not disclosing any of the programming slate at this time.”

The programme the source spoke of, quickly branded a reality show by commentators and social media users, would have documented Meghan and Harry’s philanthropic work rather than their private lives, the insider told .

Referring to the Duchess’ confession she was not able to defend herself from claims reported by the press while a senior royal, Twitter user Special K said: “We knew.

Another supporter of Meghan and Harry, Anna, said: “As if this needed to be confirmed…

“But I’m so happy they have the freedom to deny false and damaging claims. Good on them!”

Similarly, Sari added: “As much as we are rolling our eyes this actually had to be confirmed I do feel better knowing that they even have the ability to ‘confirm’.”

In late June, the Duchess of Sussex claimed she felt “unprotected by the institution” in documents submitted by her lawyers in response to questions raised by The Mail on Sunday.

She accused it of misuse of private information, copyright infringement and breach of the Data Protection Act after the Mail on Sunday published extracts of a letter she sent to her estranged father.

Asked to explain why the Duchess was “vulnerable” at the time of the newspaper printed her private letter, in February last year, Meghan’s legal team said: “The Claimant had become the subject of a large number of false and damaging articles by the UK tabloid media, specifically by the Defendant, which caused tremendous emotional distress and damage to her mental health.

“As her friends had never seen her in this state before, they were rightly concerned for her welfare, specifically as she was pregnant, unprotected by the Institution, and prohibited from defending herself.”

Meghan and Harry stepped down as senior royals in March and have since worked to become financially independent.

Earlier this month they announced they had struck a multi-year deal with Netflix – which some experts believe it could be worth more than £100 million.

The couple, who founded a production company, are to create documentaries, children’s programming and shows ranging on a series of topics including gender equality and climate change.