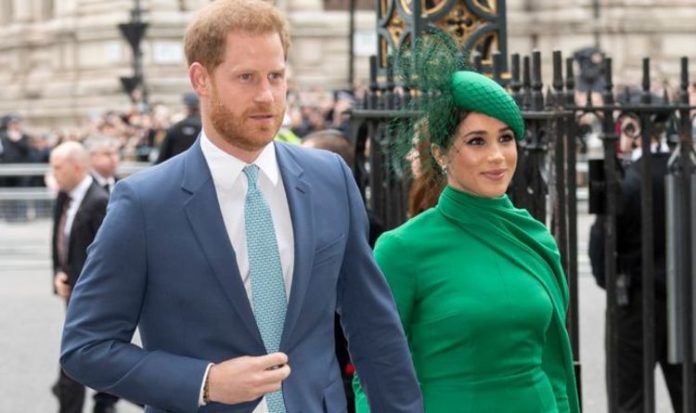 Meghan Markle and Prince Harry were heard humming and singing in the trailer for their new podcast. The Duke and Duchess of Sussex had announced that they have signed a multi-year deal with streaming platform Spotify to host and produce their own shows. The royal couple introduced the concept in the one-minute clip posted as ‘Archewell Audio’ and could be heard casually joking around.

Harry confirmed that a ‘Holiday Special’ will be their first release, and will be published later this month.

As Christmas music played over the trailer, the pair could be heard singing and humming along with the ‘ding-a-lings’.

The Sussexes explain that they will be talking to “some amazing people”, who are going to share their memories which have shaped this past year.

At the end of the trailer, Meghan can be heard praising her husband, laughing: “He has a podcast voice!”