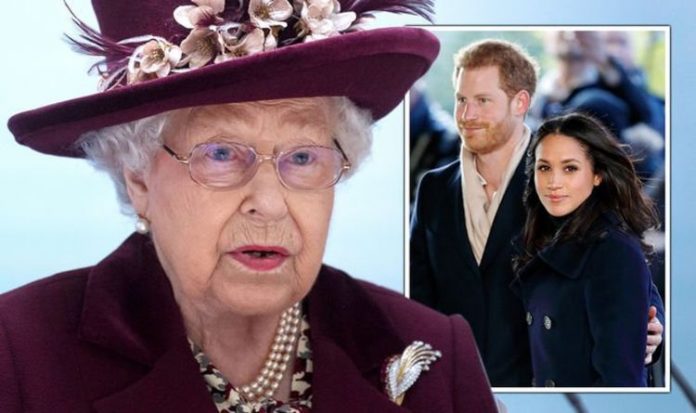 Meghan Markle, 39, and Prince Harry, 36, are due to return to the UK to negotiate their departure from the Royal Family in March. The Duke and Duchess of Sussex’s departure from the monarchy caused a storm of controversy in 2020. They quit as senior working royals on March 31, and dropped their HRH styles to earn their own money and live a life free from royal constraints.

Royal expert Russell Myers has claimed Harry will negotiate a “better deal” for him and Meghan as they have not got off the ground in 2020.

Speaking to Nine Honey, Mr Myers said: “I think they’re hoping for a renegotiation of their deal.

“It was a big thing at the beginning of the year when they negotiated the Megxit deal.

“They kind of wanted one foot in, one foot out of the Royal Family.

“They weren’t happy with how they were being treated but they also wanted to go and make billions and billions of dollars it would seem to create a different platform for themselves on Netflix and Spotify.

“They just wanted to create a whole new sphere in what it meant to be a royal.

“I think Harry is going to come back to the UK and try and negotiate a bit of a better deal for him and Meghan because they’ve not really got off the ground due to coronavirus.”

One of the outcomes of the summit held by the Queen at Sandringham to resolve the crisis was that there should be a 12-month review of the plans.

The Buckingham Palace review will have to decide what happens to the titles and who – if not Harry – will take on the duties.

The Duke, who served on the front line in Afghanistan, has spoken of how his life was shaped by his time in the Army.

He was left saddened when his request for a wreath to be left at the Cenotaph on his behalf on Remembrance Sunday was rejected by royal household staff in November.

Royal commentators will also be keeping an eye on whether the Sussexes have kept to their pledge that “everything they do will continue to uphold the values of Her Majesty”.

Meanwhile, Harry and Meghan are expected to unveil more about their Archewell charitable foundation, as well as their Netflix and Spotify ventures.