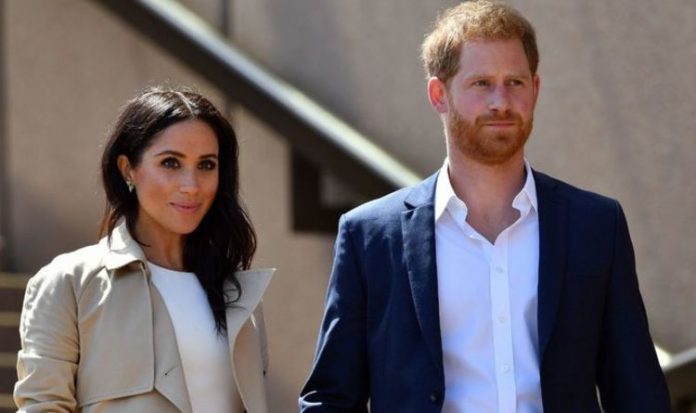 Prince Harry’s return would be the first time he has come back to the UK since his last official royal appearance in March. The Duke and Duchess of Sussex said they would split their time between the UK and North America after stepping down as senior royals.

When the couple announced their plans, they said: “We now plan to balance our time between the United Kingdom and North America.

“This geographic balance will enable us to raise our son with an appreciation for the royal tradition into which he was born, while also providing our family with the space to focus on the next chapter.”

But due to the coronavirus pandemic, the Sussexes are yet to make a return the Britain since their move to the US.

A source close to the couple told Vogue: “There have been a lot of rumours circulating about this.

“Had it not been for COVID and travel restrictions, they would have already been back in the UK.

“For events like Beatrice’s wedding and Trooping of the Colour, for example.”

But the Duke and Duchess of Sussex could be returning to the UK for one important reason – Meghan Markle’s court case against the publisher of The Mail on Sunday.

In the past few months the case has been in the pre-trial phase.

READ MORE: Meghan Markle news: When is the next time we will see Meghan?

Last year, the couple spent Christmas at a friends’ home in Canada.

Sources have told Vanity Fair that the Sussexes will return to Britain after Christmas for the Duchess’ court case.

But under current coronavirus travel restrictions in the UK, the couple will have to return in late December if they want to appear in court in person.

The couple will have to quarantine for 14 days after traveling to the UK from America.

If the Duchess plans to appear in court on 11 January in person, she will have to return to the UK before 28 December in order to complete the two-week isolation.

Last week, reports said royal staff have been told to prepare for the possible return of Prince Harry.

A source told the Sun: “Staff at Windsor have been told to prepare for the possibility Harry could come back.