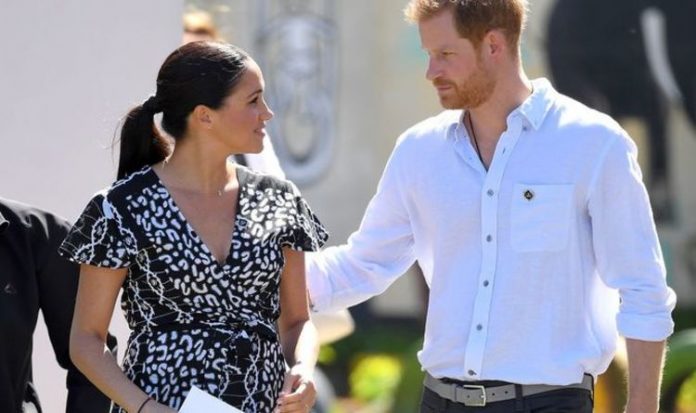 The Duke and Duchess of Sussex, who have permanently stepped down as working royals, will appear in the CBS special on March 7. The interview has been a huge talking point during a busy period for the monarchy.

Prince Philip, 99, has been in hospital for more than a week with an infection and Princess Eugenie is settling into life as a mother after the birth of her first son, August, on February 9.

Baby news has been a prominent topic as Harry, 36, and Meghan, 39, revealed on Valentine’s Day they are expecting a second child.

In December, Mike Tindall, 42, revealed that his wife Zara, 39, is pregnant with their third child.

Last week, Queen Elizabeth II confirmed Harry and Meghan would not “continue with the responsibilities and duties that come with a life of public service”.

A Buckingham Palace statement said the couple “remain much loved members of the family”.

Oprah’s primetime interview with Harry and Meghan, who now live in Montecito, is scheduled for 8pm on the USA’s east coast.

For those in the UK, the programme will be live at 1am on March 8.

A source, described as close to the couple, has told E! News the Duke and Duchess of Sussex will be “speaking their truth” and said the interview is “candid”.

The interview has been described as “wide-ranging” by CBS in a statement.

Confirming they are expecting their second child, a spokesperson for the Sussexes said: “Archie is going to be a big brother.