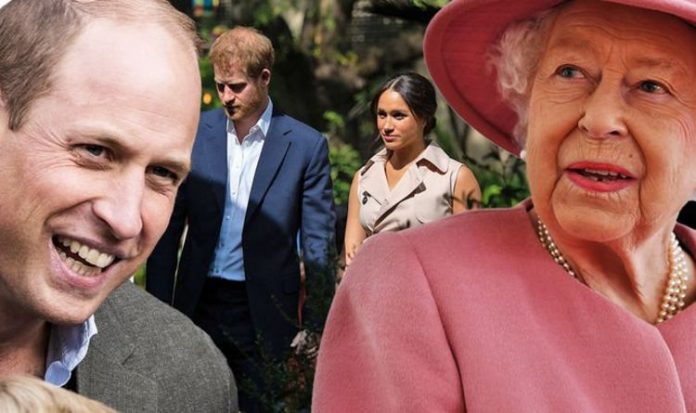 Meghan Markle and Prince Harry’s attitudes to the public and the Royal Family have been picked apart by royal author Angela Levin. While speaking on TalkRadio, Ms Levin insisted Meghan felt she had a need to be number one at everything. In the scathing assessment, she also claimed the Duchess of Sussex could get jealous if she was not number one and would seek to triumph over other people in a show of “one-upmanship”.

Ms Levin also criticised Prince Harry and insisted his personality has changed significantly since being with Meghan.

Ms Levin: “I just think that you can have loads of people telling you something but if you haven’t got a gut instinct you are at a huge disadvantage and I think that is a problem.

“I also think Meghan is based on one-upmanship and winning and jealousy of other people having something and she has to triumph over that.”

Ms Levin clarified that she did think Meghan Markle also had many good character attributes as well.

DON’T MISS: Meghan and Harry ‘realise they got it wrong’ as popularity declines

She continued: “Meghan has got many talents, she is a very bright woman and she speaks well.

“But she has got a wish for being the number one in every possible area.

“She messes up because she doesn’t understand the rest of us and what we think.

“They don’t think will someone be hurt if I do this, have I got to do this before I tell other people what to do.

“I don’t think they like that so they have got 15 people who are trying to get them on every channel around the world.

“But if you don’t have common sense you are not going to do the right things in the right way.”