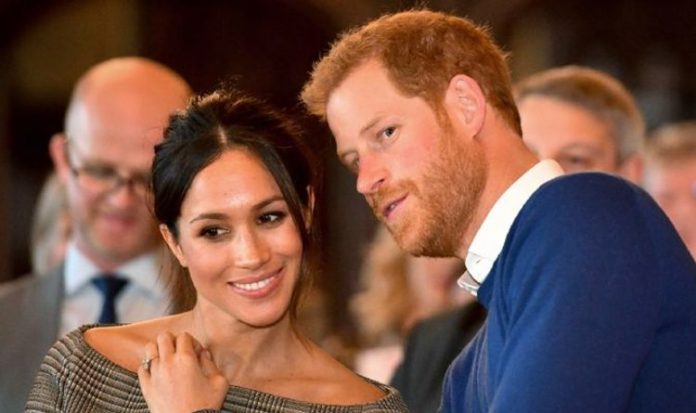 Royal commentator Richard Fitzwilliams discussed the topics Meghan Markle and Prince Harry would champion in their production work for Netflix. During an interview with Express.co.uk, Mr Fitzwilliams claimed the royal couple had already hinted at what topics they would be working on through their years in the Royal Family. He claimed, in some form or another, Harry and Meghan would champion issues of diversity, gender equality, the environment and mental health.

He also added the Sussexes had positioned themselves very well for financial success going forward.

“If you know the likes of Oprah Winfrey, George Clooney, Serena Williams and the Obamas this will open doors.

“What will be very interesting to see is what precisely Meghan and Harry will be producing for Netflix.

“There is also the question of whether they will be appearing which is reportedly possibly the case for select documentaries.”

The royal expert predicted the type of involvement the Sussexes will have in their Netflix project.

He said: “I confidently predict, this goes as well when their non-profit foundation Archewell is launched, the issues of diversity, gender equality, environment and mental health.

“I think all of these will be issues they will champion.

“That is what they have already but they will have it in spades as Netflix has, I believe, 193 million subscribers.

“Netflix also have the show The Crown, although it is largely fictional representation of the royals with some facts thrown in.

“Now Netflix has the real royals.”

It comes after the Duke and Duchess of Sussex signed a landmark deal with Netflix.

The pair stepped down as senior royals earlier this year.