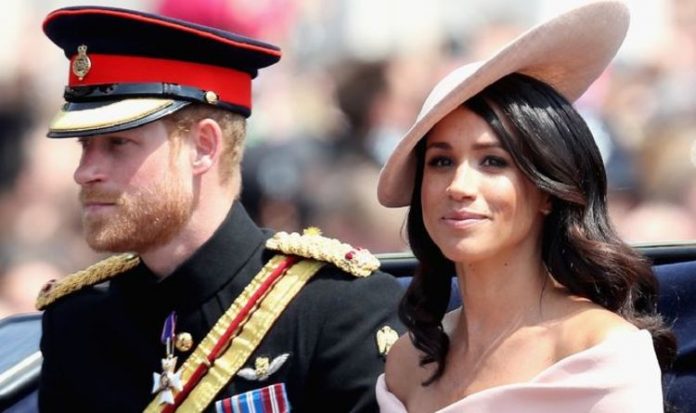 The chat show queen can ask the Duke and Duchess of Sussex “anything she wants”, Gayle insisted. The CBS This Morning co-host added that Oprah has been “working on the questions all weekend”.

Speaking on CBS This Morning, Gayle said: “This is a big deal.

“I know Oprah has been working on the questions all weekend long, I’m told that nothing is off-limits.

Meghan and Harry’s interview with Oprah airs on CBS on March 7.

The programme will be staged in two parts, with Meghan speaking out about “stepping into life as a royal, marriage, motherhood…to how she is handling life under intense public pressure”.

She will then be joined by Harry to discuss their US move and future plans.

The Sussexes officially ended royal duties on March 31 for a new life across the pond.

Since quitting as senior working royals, they have struck lucrative deals with Netflix and Spotify.

They have also bought an £11million mansion in Montecito, where they are living with their young son Archie.

On Sunday, the Queen’s grandson and the former actress announced they are expecting their second child.

They released a picture showing Meghan resting her head on Harry’s lap as they pose under a tree.

The ex-Suits star’s baby bump is blooming in the black and white snap.